It has been a crazy week for Epic Games, to say the least. Fortnite was removed from both the Apple App Store and Google Play Store after Epic Games introduced a new mobile payment system. Epic Games has created a different way to play Fortnite on Android devices, and the game is still available through NVIDIA’s GeForce NOW. Here is how you can access Fortnite on your Android device.

Android users will first need to go to this link and scan the QR code with their device. Players will then be redirected to a website where they can download the game. Here are the steps players will need to take once they have been redirected: 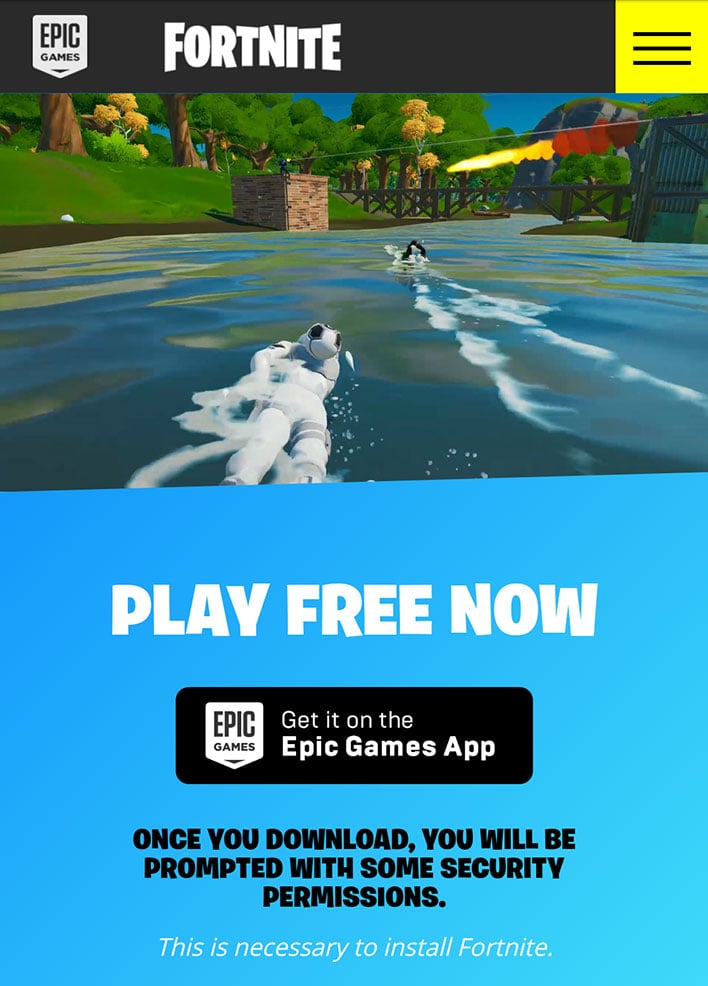 Samsung Galaxy smartphone users will need to simply go to the Galaxy Store to download the game. No additional steps should be needed. At the moment, any new iOS players are out of luck. iOS gamers who have played Fortnite in the past should check out this link.

Gamers should also keep in mind that they can still play Fortnite through NVIDIA’s GeForce NOW. GeForce Now is a cloud-based game streaming service that works with Windows, Macs, SHIELD TVs, and Android devices. Users will need to sign into their GeForce Now account to access their entire library of games. However, mobile users should keep in mind that this could result in higher data usage. We would recommend that players in general use WiFi if they do not have an unlimited data plan. At the very least, it does appear that Fortnite fans have a few options if they have an Android device.