LG has announced pricing for its "Wing" smartphone, and we're actually pleasantly surprised at the end result. The smartphone will go up for preorder starting October 1st, and will begin shipping from Verizon on October 15th with an asking price of $999.

We were fully expecting LG to blow past the psychological $999 pricing barrier for something more in the realm of the Motorola Razr 5G (which is priced at $1,399, or more recently discounted to $1,199) or the Samsung Galaxy Z Flip 5G, which is priced at $1,450. But the $999 price, while still on the high side for mainstream consumers, seems "about right" for this device.

The Wing's claim to fame is no doubt its swiveling display. The primary display measures 6.8 inches and has a resolution of 2460x1080. In its closed position, the Wing looks just like any other Android smartphone on the market, albeit one that is maybe a tad thicker than usual. However, that primary display can rotate to expose a second 3.9-inch display underneath. 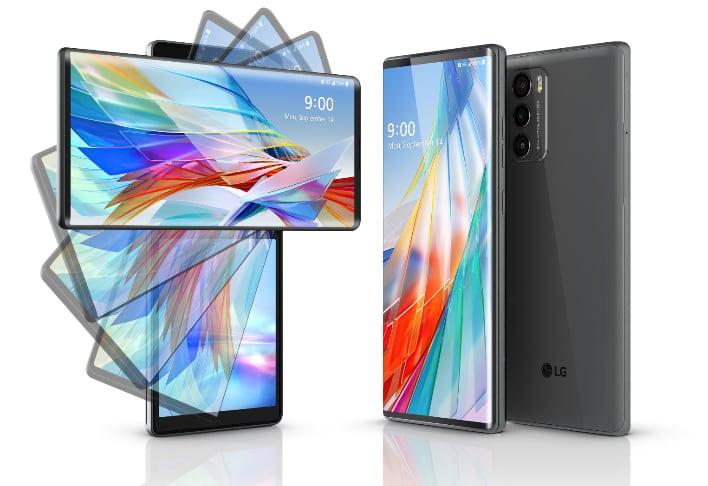 This dual display arrangement allows you to run two apps at once, or even extend an app's controls across both screens (i.e. using the camera app with the viewfinder in the primary display and controls in the 3.9-inch display). There are numerous usage cases for these dual screens, and most people seem genuinely intrigued by the possibilities. One situation that seems apt for this arrangement is watching a YouTube video in full screen mode, and typing a comment using the smaller display.

Powering the Wing is a Snapdragon 765G combined with 8GB of RAM and 256GB of internal storage. Toss in a microSD slot and a 4,000 mAh battery with wireless charging support, and we’re got a pretty respectable smartphone, albeit one with mid-range specs. One feature that previously gained attention (and extra stares) in devices like the OnePlus 7 Pro is a pop-up selfie camera, which seems a bit over-the-top these days (granted, so does a smartphone with rotating displays). As we previously reported, the LG Wing will first hit Verizon’s network, but will soon be available for both AT&T and T-Mobile customers as well.

The Wing isn’t the only unorthodox smartphone out there from LG, however. The company is also working on another entry in the “Explorer Project” series. The company teased another smartphone with a flexible, extending display that could be released during the closing months of 2020. With many other manufacturers like Samsung and Motorola going the folding display route, it’s nice to see that companies like LG and Microsoft (with the Surface Duo) are looking for alternate ways to innovate in the smartphone space.