HP today announced it has updated its ZBook mobile workstations with up to the latest desktop-class mobile Alder Lake silicon from Intel, its newly unveiled Alder Lake-HX processors. The new chips offer up to 16 cores and 32 threads—a first for laptops—as well as some enhanced features that are not available with the regular Alder Lake-H processors.
According to HP, 43 percent of architecture, engineering, construction, and operations (AECO) professionals crave faster CPU hardware, and 30 percent want faster GPUs. HP is delivering both with its new ZBook Fury G9 and ZBook Studio G9 laptops, though it's the former that rocks the latest Alder Lake-HX CPUs from Intel. More on that model in a moment.
The ZBook Studio G9 is the slightly more subdued of the two, though still plenty powerful. HP is offering the ZBook Studio G9 with up to an Intel Core i9-12900HK processor with 14 cores and 20 threads to throw at workloads. It's also available in Intel vPro form.
Other features include up to 64GB of DDR5-4800 RAM, 256GB t o 4GB of PCIe Gen4 SSD storage, integrated Iris Xe graphics, Wi-Fi 6E + Bluetooth 5.2 wireless connectivity, and quad-speaker audio powered by Bang and Olufsen. 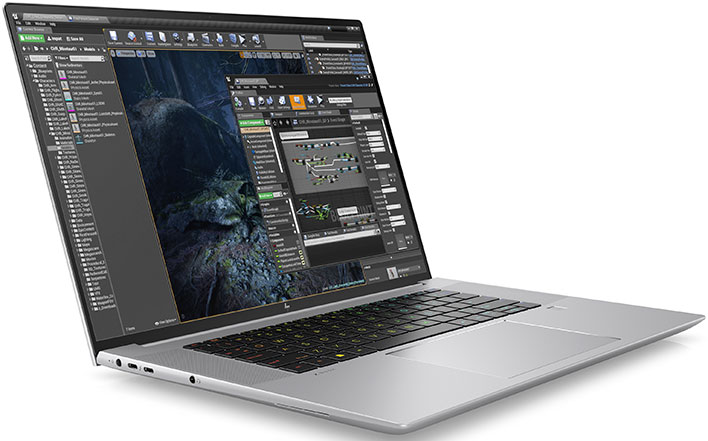 Users can also choose between four 16-inch display options:
As for the I/O, the left side of the laptop is home to a 3.5mm headphone/microphone combo port and two Thunderbolt 4 ports. On the right users will find a USB Type-A port (5Gbps) and a USB Type-C port (10Gbps). 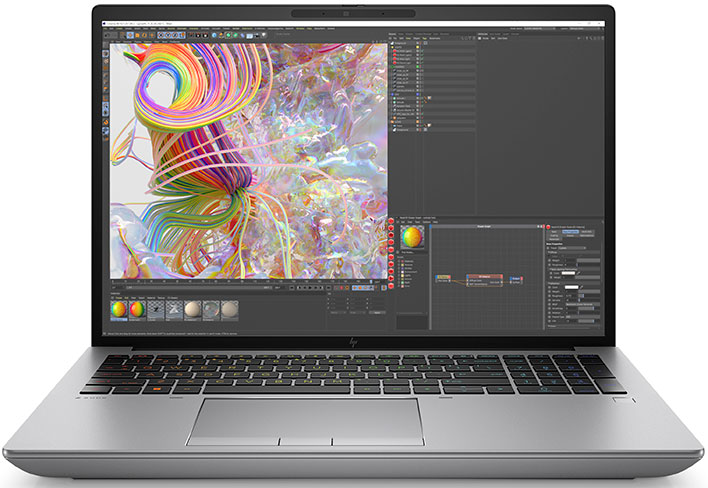 The ZBook Fury G9 is the bigger and badder of the two, measuring 1.13 inches thick and with a starting weight of 5.88 pounds (5.4 pounds for the non-touch model). This is the one Alder Lake-HX processor options, and also discrete graphics (coming later) with HP offering up to an NVIDIA RTX A5500 or GeForce RTX 3080 Ti.
Users can also deck the ZBook Fury G9 out with up to 128GB of DDR5-4800 RAM, which is the twice that capacity that an Alder Lake-H system supports, and oodles of storage—up to 16TB.
HP is offering two display sizes, including 15.6-inch and a slightly bigger 16-inch configuration. There are a whole bunch of different panels on tap, including up to an OLED screen with a 3840x2400 resolution with 100% coverage of the DCI-P3 color space.
This one comes with dual speakers that are also powered by Bang and Olufsen, as well as Wi-Fi 6E + Bluetooth 5.2, Thunderbolt 4 connectivity, and an SD memory card reader on select models.
"With pro-graphics, complete color accuracy, and enhanced collaboration features you can edit 8K videos, render in 3D or train machine learning models," HP says.
Like the ZBook Studio G9, the ZBook Fury G9 will come out in June with pricing to be revealed later.