HP has begun accepting orders for its Dev One, a laptop developed in collaboration with System76 that comes with Pop!_OS Linux preinstalled instead of Windows. It's a fairly powerful machine, based on its list of specifications, and is intended for developers. The system also sports a keyboard that's been tuned for Linux. More on that in a moment.

Ports and connectors include two USB Type-C ports (10Gbps, DisplayPort 1.4), two USB Type-A ports (5Gbps, one with charging support), a 3.5mm headphone/microphone combo jack, and an HDMI 2.0 output.
Regarding the keyboard, it's a backlit plank that's also spill-resistant. It has an integrated Linux Super key to speed through common tasks, and the Linux connection extends to the trackpad as well, with Pop!_OS offering multi-gesture support.
"System76 is thrilled to work with HP to advance open source and bring the Linux desktop to a much wider audience," said System76 CEO Carl Richell. "By bringing together our engineering, marketing, and customer support, System76 with HP are introducing HP Dev One to combine powerful hardware with optimized Pop!_OS for the app dev community." 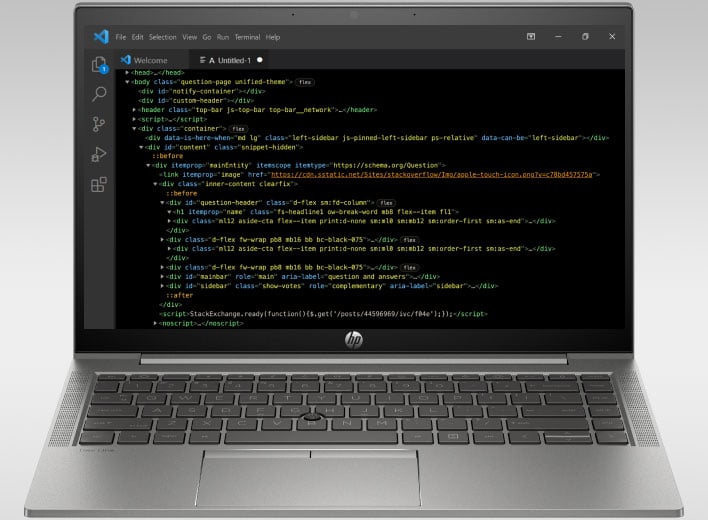 Curiously, in this day and age of working from home and Zoom meetings, HP opted for a 720p webcam instead of 1080p. Though to be fair, it probably doesn't matter a whole lot, with the emphasis being on Linux development. HP also went last-gen with its wireless connectivity, though, outfitting the Dev One with Wi-Fi 5 (802.11ac) instead of Wi-Fi 6/6E, and Bluetooth 5.
Still, it's an intriguing laptop. For those interested, the Dev One is available now in the US direct from HP for $1,099.