Are you looking to upgrade your storage? A solid state drive is definitely the way to go, especially for a high-powered PC that might be used for gaming or content creation. There are a plethora of options to choose from too, and one of the most compelling right now is a 1TB Crucial P5 Plus SSD (shown above) that's discounted on Amazon.
You can find the 1TB Crucial P5 Plus for $134.99 at Amazon (save $25). That's the lowest price we've ever seen this drive sell for, and just last month, it commanded as much as $179.99. It's not just about the price reduction, though, but also the specifications and features that make this a stellar bargain at the current discount.
Crucial unveiled the P5 Plus series last summer. It's a PCIe Gen4 model outfitted with 176-layer 3D TLC NAND flash memory sourced from its parent company, Micron, with sequential reads rated to hit 6,600MB/s and sequential writes rated to hit 5,000MB/s. In short, it's a speedy SSD for your PC, and can also be used to upgrade your PlayStation 5's storage.
There are other capacities available too, just the 1TB model offers the most compelling bargain. That said, you can find the 2TB model for $299.99 (save $20) and the 500GB model for $99.99 (no savings). 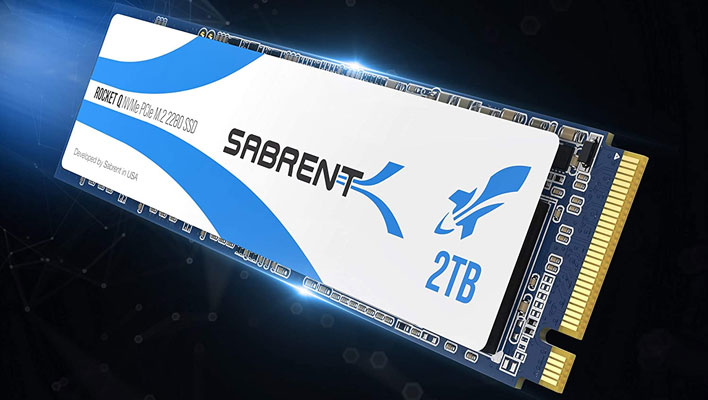 2TB Sabrent Rocket Q SSD - $179.99 at Amazon (save $130 over MSRP)
Here are some other SSD deals...
Yes, we included a couple of 2.5-inch SATA SSD options. If you're able to, a faster NVMe SSD is preferred, but even a SATA SSD can make your system feel fast, especially compared to a mechanical hard drive.

Grab A Portable SSD At A Discount With These Deals 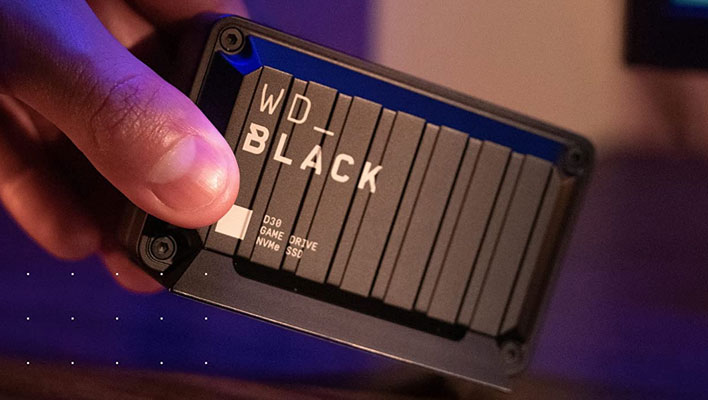 There are also a handful of bargains to be found on a handful of portable SSDs. Shown  above is the WD Black 1TB D30 Game Drive, a portable external SSD that's on sale at Amazon for $114.99 (save $35). This tiny drive is compatible with most modern consoles, including the PlayStation 5, Xbox Series X|S, Play Station 4, and Xbox One.
WD's D30 Game Drive offers speeds of up to 900MB/s. It's also stylish with a rugged motif, and backed by a 3-year warranty.
Here are some other portable SSD deals...