Let's take a moment to pause and appreciate the fact that TV makers are starting to take gamers seriously. LG has been a driving force with its early implementation of HDMI 2.1 connectivity (the specification's full feature set, mind you), and Samsung and Sony now routinely implement gaming-friendly features too. There are now a whole bunch of TVs to choose from for gaming, and one more for the pile is the Hisense Game TV Ace 2023.
Yeah, that's a clunky model designation, and probably the result of translating to English—for the time being, the Game TV Ace 2023 is only available in China. We sure hope Hisense ends up releasing it in more territories (or offers similar models in the US and elsewhere), though, as this thing is poised to be a big screen gaming beast in the living room.
As the model number (65E55H) suggests, this is a 65-inch display, which has become the sweet spot for big screen TVs (in terms of balancing price and size). But simply saying this is a 65-inch 4K resolution TV sells it way short. The standout feature is its native 240Hz refresh rate. 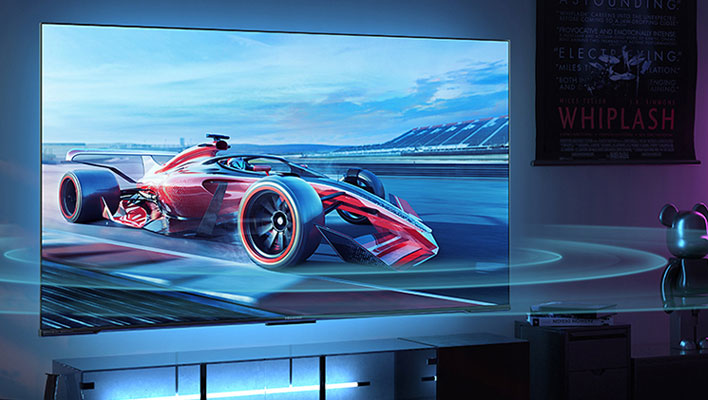 That covers the PlayStation 5 and Xbox Series X|S, both of which can game at up to 120 frames per second, as well as those who like to connect a gaming PC to their TV for large screen action. You'll need a muscular graphics card to take full advantage of a 240Hz refresh rate, but it is certainly possibly depending on the game (such as less demanding esports titles).
Hisense is also touting a low 2.7ms response time, AMD FreeSync Premium support (which means it boasts low framerate compensation), Wi-Fi 6 connectivity, a pair of 12W speakers with Dolby Atmos support, HDR (Dolby Vision) support, and at least one HDMI 2.1 support with variable refresh rate (VRR) support.
Smart and AI features are baked into this TV too, powered by a quad-core (Arm Cortex-A73) SoC with 4GB of RAM and 32GB of storage. The Hisense Game TV Ace 2023 is available to preorder at JD for 5,499 Chinse Yuan (around $865 in US currency).