Is That HDMI 2.1 Gaming Monitor A Fake Knockoff? Here's What You Need To Know

It's nice when branding is consistent, isn't it? You can take confidence when you buy a device that says "Thunderbolt 3" because you know it will support all of the Thunderbolt 3 features. Likewise when you purchase a display device with DisplayPort connections—the DisplayPort version is all you really need to know to understand what the port's capabilities are.

Unfortunately, in the technology industry these kinds of brands are the exception, rather than the norm, and it turns out HDMI has apparently fallen victim to the plague of misleading branding. With HDMI version 2.1, many of the new features of the protocol have become optional, up to and including the new signaling type used in HDMI 2.1. That means that when a display device (whether a graphics card, monitor, games console, TV, or another device) says that it supports HDMI 2.1, that really tells you nothing at all about its capabilities.


This frustrating information comes courtesy of TFT Central. The site was alerted to a Xiaomi display in 1920×1080 resolution with a 240Hz refresh rate that claims to come complete with two HDMI 2.1 ports. Just below that claim, though, Xiaomi explains that the monitor doesn't actually support any of the new HDMI 2.1 features, including Variable Refresh Rate (VRR), Auto Low-Latency Mode (ALLM), or even the Fixed Rate Link (FRL) signaling that allows HDMI 2.1 to provide high resolutions at high refresh rates while retaining full color detail.


So they're just HDMI 2.0 ports, and Xiaomi is having a laugh, right? After all, if it uses TMDS signaling instead of FRL, and it doesn't support VRR or ALLM, then what qualifies it as HDMI 2.1? As it turns out, according to the HDMI Licensing Administrator, it's HDMI 2.1 because "HDMI 2.0 no longer exists." That's right—Xiaomi gets to call the ports on this display HDMI 2.1 because it's 2021 and apparently facts don't matter anymore.

And let's avoid the usual pitfalls and note that this type of behavior is by no means restricted to certain OEMs. Most folks reading this probably recall the situation that USB was in until recently, where we had to use terms like "USB 3.2 Gen 2x2" to describe a full-speed USB 3.2 connector. That's the fault of USB-IF, a forum headed up almost entirely by big US companies like Intel and Apple. It seems like that's going to be the case with HDMI now, too, because the only way to know if an HDMI 2.1 device actually supports the improved bandwidth or new features of HDMI 2.1, is if it states them in the documentation. 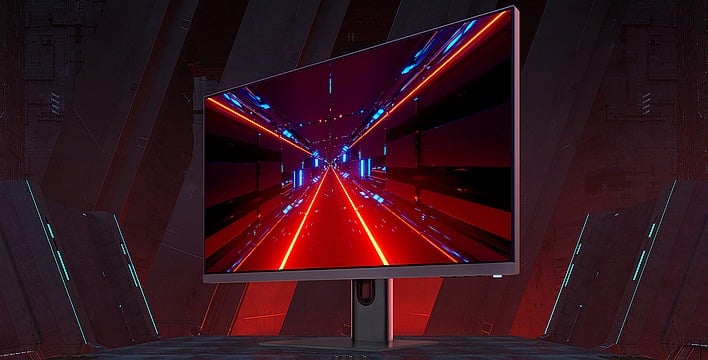 To HDMI.org's credit, the group does say that "if a device claims compliance to 2.1, then they need to also state which features the device supports." In theory, then, while this decision makes the HDMI 2.1 label itself useless, we should still be able to check the specifications of devices so-marked and see for ourselves the capabilities of the product. Of course, in practice, that depends on vendors making those specifications readily available—something you can't necessarily count on when it comes to displays, and especially TVs.

TFT Central goes on to plead with display device manufacturers, asking them to stick to using the HDMI 2.0 name if their devices don't support at least the new FRL signaling. FRL support will indicate that the device can accept a full-quality signal all the way up to "10K120," and while we'd like to see the other HDMI 2.1 features as standard on displays bearing the HDMI 2.1 name (especially VRR), at least we could rest assured that we won't get degraded color depth if we buy a 3840×2160, 120-Hz "HDMI 2.1" display that in actuality only supports HDMI 2.0 features.