If things had gone to plan, Halo Infinite would have launched alongside the Xbox Series X, but like so many other projects, its release ended up being delayed—it is expected to launch in the third or fourth quarter of this year. Waiting is frustrating, but a delay might have been the best thing for Halo Infinite, because newly released screenshots show the development team has been putting in extra effort to make the game look great when it does finally release.
Stunning visuals have not been a foregone conclusion, with regards to Halo Infinite. Last year, developer 343 Industries said it had "decided to shift back towards the legacy aesthetics that defined the original trilogy," and return the overall look to a "more 'classic' art style." The explanation came after a gameplay reveal that drew a bit of criticism—even Domino's Pizza cracked jokes about the reveal on social media.
For anyone who is still concerned about what the game will look like, a fresh set of screenshots may put their minds at ease. 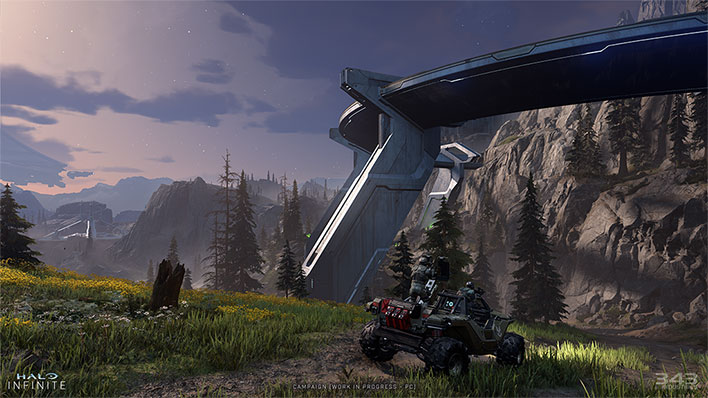 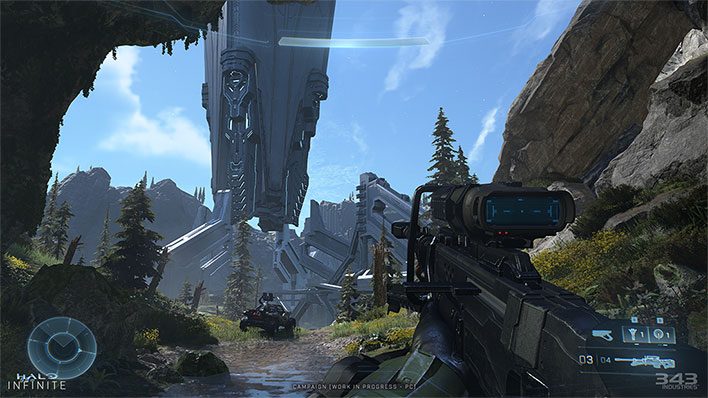 Most of the screenshots note they were taken on a PC, and are a "work in progress." They definitely represent an improvement over what was shown off previously. The experience on the Xbox Series X will probably look similar, considering it is equipped with high-end hardware capable of cutting edge graphics (Zen 2 CPU cores paired with RDNA 2 graphics cores).
Obviously only so much can be gleaned from staring at a set of 4K stills—343 Industries did not provide any information on the specifications of the PC that generated these beauties, and who knows what the game will look like when it is actually running with moving parts. Nevertheless, the screenshots are certainly encouraging. 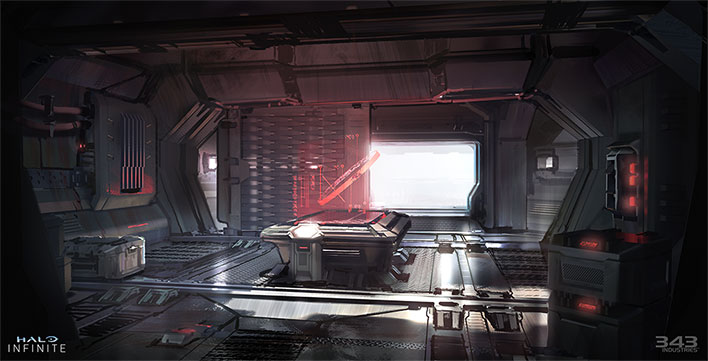 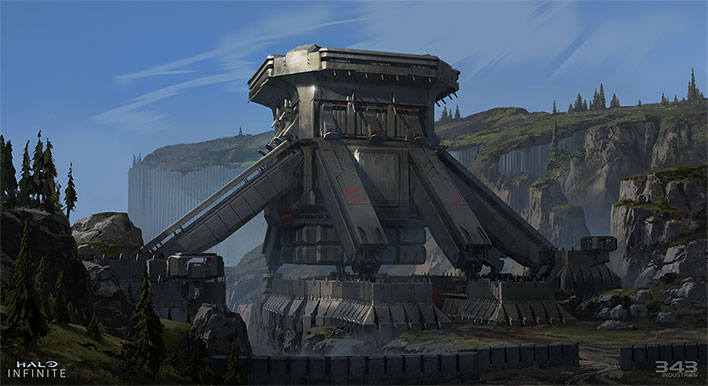 Interestingly, some of the graphics and scenes in the game are based on real-world photos of actual landscapes.
"Our main source of artistic inspiration for Halo Infinite’s setting began right in our own Pacific Northwest backyard. Because we made that early decision to go back to Halo’s roots and recapture the PNW art pallet on Zeta we immediately headed out into the mountains, forests, and valleys for not only personal inspiration but more importantly lots of photo reference," explains Justin Dinges, campaign art lead on Halo Infinite.
Dinges also talked about Halo Infinite having a time-of-day lighting system that is active when playing the game. According to Dinges, the time-of-day feature has been one of the largest—if not THE largest—graphical features implemented into the game engine over the past few years. It will be interesting to see how it all comes together.
No specific launch date has been announced. In the meantime, head over to the latest Halo Infinite blog update to check out more screenshots in all their 4K glory.