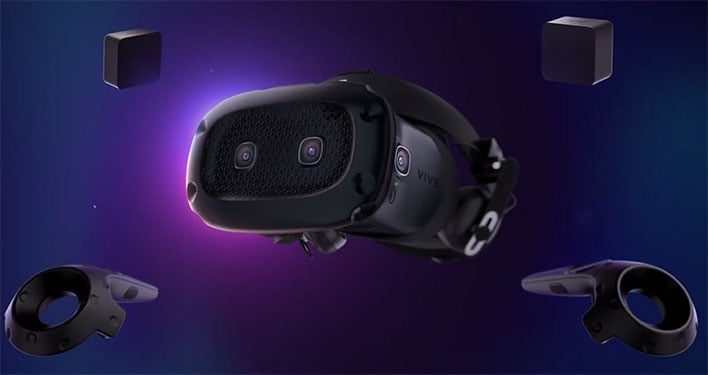 HTC is giving gamers interested in virtual reality an added incentive to order its newly available Cosmos Elite VR headset. Anyone who buys a Cosmos Elite will get the much-anticipated Half-Life: Alyx VR title for free. That includes both new purchases and everyone who had previously placed a pre-order for the high-end headset.
"There are few franchises that capture the hearts and minds of gamers around the world like Half-Life and we can't wait to show our customers what awaits them when paired with Vive Cosmos Elite," said Dan O'Brien, General Manager of North America, HTC Vive. "We know our customers are going to love the experience of playing on Vive Cosmos Elite from visuals to the ability to quickly flip up in and out of VR."

It's a welcome inclusion, especially considering the Cosmos Elite is not exactly cheap. It runs $899 and comes with the headset (naturally), a pair of base stations, two controllers, various cables, an external tracking faceplate, and an internal tracking faceplate.
Regardless of the faceplate, the Vive Cosmos Elite serves up a combined resolution of 2880x1770 (1440x1700 per eye) with a 90Hz refresh rate an 110 field of view, along with a hinged design to flip the mask up to see the world around you without having to take the entire headset off. 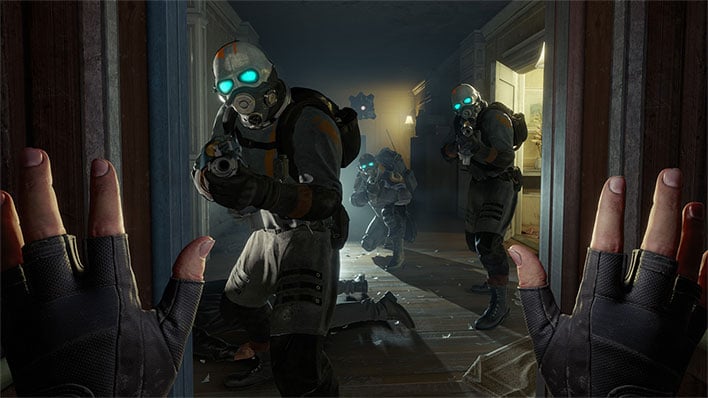 As for Half-Life: Alyx, it's a VR-only game that was built from the ground-up for VR.
"Immerse yourself in deep environmental interactions, puzzle solving, world exploration, and visceral combat. Lean to aim around a broken wall and under a Barnacle to make an impossible shot. Rummage through shelves to find a healing syringe and some shotgun shells. Manipulate tools to hack alien interfaces. Toss a bottle through a window to distract an enemy. Rip a Headcrab off your face and throw it out the window," Valve explains.
Half-Life: Alyx is also included free with Valve's Index headset, though a complete kit is a bit more expensive at $999. Alternatively, you can buy the headset and controllers for $749, or just the headset for $499, provided you already own a set of SteamVR or HTC Vive base stations.
Half-Life: Alyx will release on march 23. By itself, the game costs $59.99 (currently on sale for $53.99 on Steam).