Confirmed: Half Life Alyx Kicks Off A New Series Of Games In Valve's Storied Franchise 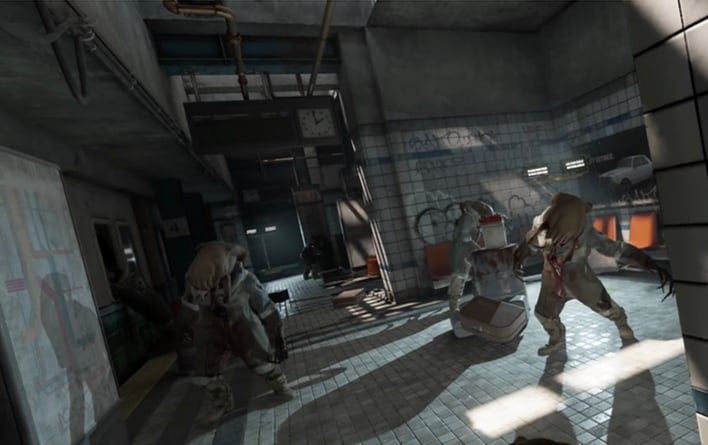 The clock is ticking down towards the release of Half-Life: Alyx (March 23rd for those keeping count), and hype surrounding the game is growing. Long-time Half-Life fans became even more excited earlier this week when Valve dropped three new videos totaling around 10 minutes showing actual gameplay footage.

Now we're learning that Half-Life: Alyx won't be the end for the Half-Life franchise. Instead, we can look at it as a rebirth or sorts. In an interview with Game Informer, Valve developer Robin Walker gave some insight both into why Half-Life: Alyx is exclusively a VR title and what will come next in the franchise.

"Half-Life's set of mechanics was a surprisingly natural fit for VR, even before any of the necessary work was done to deeply integrate them into the medium," Walker explained. "It was very clear from those first experiments that VR was going to be very fertile ground for Half-Life. So, in the simplest sense, the game feels like Half-Life because it is Half-Life."

He went on to add that making Half-Life: Alyx a VR-only title would show what's possible when considerable resources are poured into a AAA gaming title. In other words, the clout and legacy of the "Half-Life" brings a sense of authenticity to the medium and will hopefully get gamers to embrace the hardware that has been developed to take advantage of VR.

If you provide compelling software, gamers will snatch up the hardware to power those VR experiences. We've already seen this happen with respect to Valve Index VR headset sales following the announcement of Half-Life: Alyx.

And what about Half-Life 3? It's been 15 years since Half-Life 2 was released, but Half-Life: Alyx is not a direct sequel to that game. Instead, it takes place between the events of Half-Life and Half-Life 2 – just think of it as Half-Life 1.5. Walker continues, stating:

There are Half-Life: Alyx team members who have been at Valve since Half-Life 2, and quite a few who go back to the original Half-Life. There are also people on the team for whom Half-Life: Alyx is their first time working on this series at all – and many of them certainly hope it's not the last. We absolutely see Half-Life: Alyx as our return to this world, not the end of it.

Half-Life 3 confirmed? Not quite, but "Alyx" is just the beginning for the next chapter in the franchise's legacy.