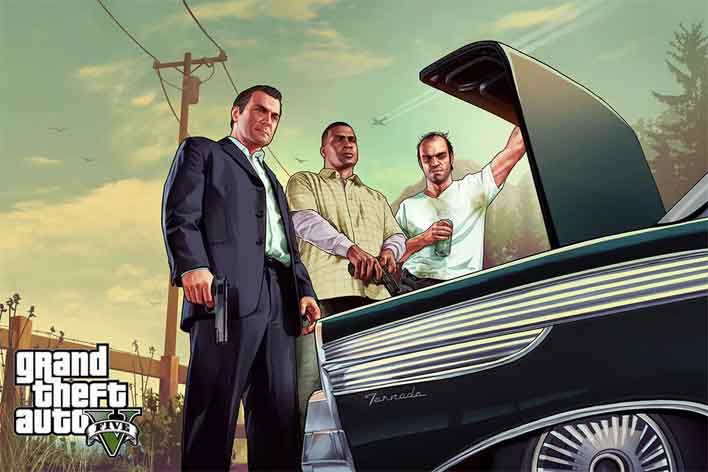 Fans of Grand Theft Auto V, who don't already have the game on Xbox One, will be happy to hear about the latest news from Microsoft. The game has been added to Xbox Game Pass, so players with a valid subscription can play the game on the console. GTA V launched back in 2013 and remains a very popular game thanks to online content updates and a massive modding community.

GTA V is also one of the most viewed games on Twitch and is regularly in the top five games on Steam. Rockstar hit a home run with GTA V, and adding it for free to Xbox Game Pass may bring gamers to the franchise that haven't yet tried it out. For Xbox One gamers with an Xbox Game Pass Ultimate or Xbox Live Gold membership, access to the frequently updated Grand Theft Auto Online service is included. One sad bit of news is that GTA V is only offered on the console; it's not available on the PC with Game Pass.

While GTA V is still wildly popular, fans are clamoring for the next installment in the franchise: GTA 6. GTA 6 details recently leaked from a claimed beta tester and enticed us with visions of the game. A new rumor claims that GTA 6 won't launch until 2021, however, nothing official from Rockstar has been offered about GTA 6 so far.

The leak from a few days back was posted on Reddit and was later removed by moderators there. It's unclear if Rockstar pressured them to delete the content, but the leaker claimed that the game has a huge map that covers two major cities, Carcer City and Vice City, said to be based on Boston and Miami, respectively. True or not, GTA V fans are looking forward to GTA 6, even if it is a year or more away.