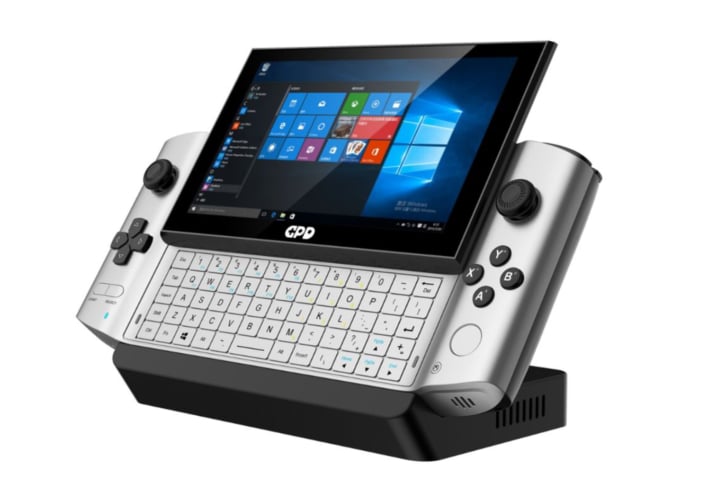 Have you ever wanted a mini PC with the form factor of a Nintendo Switch with features that were commonplace in devices from 15 years ago? GamePad Digital (GPD) could have you covered with the recently leaked GPD Win 3, a handheld Windows 10 machine powered by an Intel Tiger Lake processor. This gaming-oriented device will also have a keyboard underneath a sliding display and two control areas reminiscent of Nintendo Switch Joy-Cons. While we only have rumored details today, we hope to see some sort of proper announcement by the end of November.

GPD, founded in 2013, is a company whose focus is “developing high-quality Windows mini Laptop, UMPC, and Android handheld game consoles.” Its focus, more recently, has been Windows mini laptops. The last time GPD crossed the news desk was earlier this year when they smashed their Indiegogo funding goal for the GPD Win Max.
As far as other specs go for the GPD Win 3, we have the following:

Overall, the GPD Win 3 does not sound like a bad device aside from the small screen, but it will have some stiff competition from the upcoming Aya Neo. The Neo, which we wrote about today, has a 7” display and has an AMD Ryzen 5 4500U APU under the hood. Both devices feature a similar form factor, so we will have to see how they perform in a head-to-head comparison.  Also, the specs listed could also change in the meantime as GPD relies on crowdfunding for its devices, so the GPD Win 3 would not actually be produced until the funding goal is hit.  We will have to see what happens in the near future, so stick around HotHardware for updates on GPD's sweet-looking gaming device.