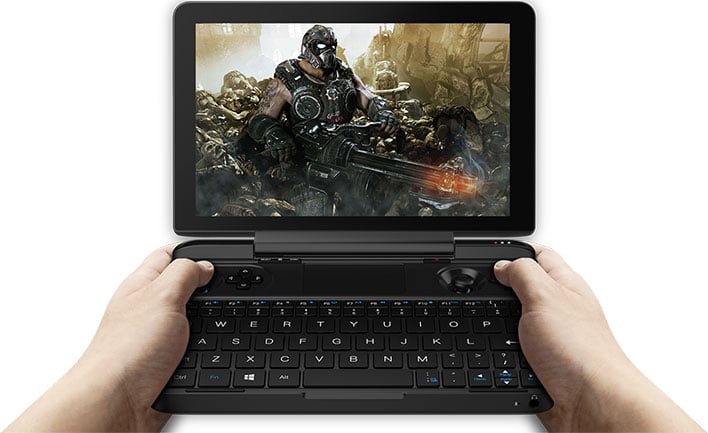 Handheld gaming has been around for decades, though it is Nintendo that has reaped most of the rewards. That is true even today with its hybrid Switch and mobile-only Switch Lite consoles. Can GPD capture the same success in the PC space? Probably not, though it is making one hell of an effort with its handheld Win Max PC, which blew past its models crowdfunding goal on Indiegogo.
GPD set a 'flexible goal' of $25,801 on Indiegogo earlier today, a modest amount for sure. At the time of this writing, it has raised over $1 million from around 1,300 backers. I'm not sure what is more impressive—that the Win Max is already a smashing crowdfunding success with gamers throwing more than a million bucks at the concept, or that it raised that much money so quickly.
The Win Max looks like Rick Moranis pointed his shrink ray gun at a gaming laptop. That is essentially what the Win Max is—a small gaming laptop, albeit with an integrated game controller to give it street cred in the handheld gaming space. 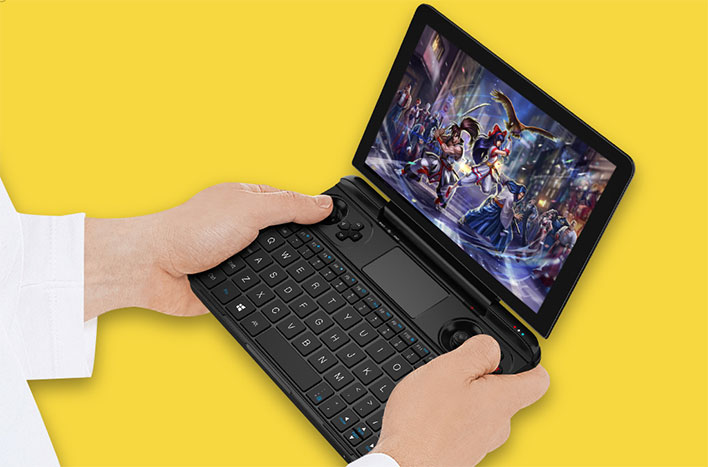 Here is a rundown of the specifications...
The Win Max sports a backlit keyboard, multi-touch trackpad, and what is basically a built-in Xbox controller with a two 3D joysticks, a D-pad, A-B-C-Y buttons, and L1-L2-R1-R2 triggers. It all come packages in a diminutive profile that weighs just 1.74 pounds. For reference, the Switch weighs .66 pounds, or .88 pounds when the Joy-Con controllers are attached.
Can it game? A whole bunch of buyers are going to find out. On paper, the 10th gen Ice Lake processor (same as one of the CPU options in the Surface Laptop 3) with its Iris Plus 940 graphics should be able to deliver acceptable gaming performance at the screen's native resolution in many games, especially less demanding ones. And if you ask GPD, it will tell you the Win Max has the gaming chops to deliver playable framerates in a wide range of games, including Red Dead Redemption 2, Apex Legends, Metro Exodus, Far Cry: New Dawn, and several others.
The asking price is $885, though crowdfunders who are willing to take a chance snag one for $779 on Indiegogo. It is slated to ship in July.