We've been covering the ongoing war of words between Google and Roku over YouTube TV negotiations for the past few weeks. And unfortunately for customers caught up in the drama, it's starting to devolve into an unsavory war of words.

Most recently, Roku was accused of lying about allegations that Google made anticompetitive requests regarding YouTube TV and YouTube. Google admonished Roku by saying, "To be clear, we have never, as they have alleged, made any requests to access user data or interfere with search results. This claim is baseless and false." The company also acknowledged that it did ask Roku to support the open-source AV1 codec, which would raise hardware costs for Roku streamers and smart TVs.

The two companies also couldn't agree on who the instigator was in pulling the plug on the YouTube TV app on Roku platforms. Roku stated, "We are disappointed to share the news that Google has chosen to let the YouTube TV contract expire." However, Google countered, adding, "Roku terminated our deal in bad faith amidst our negotiation. Unfortunately, Roku has often engaged in this tactic with other streaming providers." 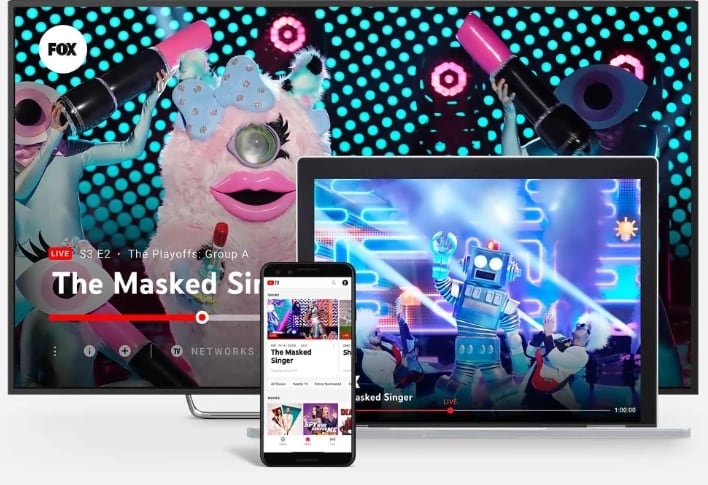 Whatever the case, Google is now going nuclear by using an app still available on Roku platforms: YouTube. YouTube and YouTube TV have traditionally been offered as separate apps on smart TV platforms. But Google has made the sly move of making the YouTube TV experience accessible from within YouTube.

"Existing members can easily access YouTube TV by clicking on 'Go to YouTube TV' in the main YouTube app," Google said in a blog this afternoon. "This update will be available to all YouTube TV members on Roku over the next few days, and we will expand to as many devices as we can over time."

Google also provided an update on how things stand with its rocky Roku relationship, writing, "We're still working to come to an agreement with Roku to ensure continued access to YouTube TV for our mutual customers. As of right now, existing YouTube TV members still have access to the app on Roku devices." 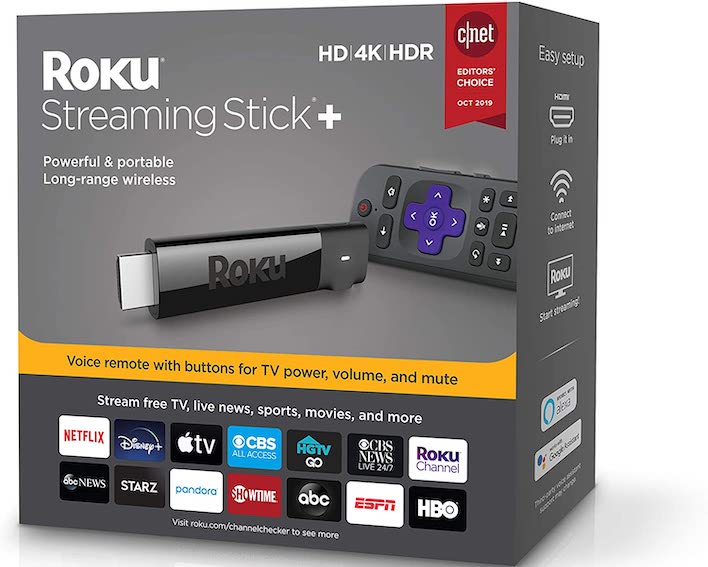 The company went on to state that it is in "discussions with other partners to secure free streaming devices in case YouTube TV members face any access issues on Roku." We don't know what that would entail, but perhaps Google is thinking about handing out free Chromecasts if this impasse continues for much longer.

Google also pivoted to indicate its discussions with Roku concerning certified AV1 hardware support are ongoing. "This certification process exists to ensure a consistent and high-quality YouTube experience across different devices, including Google's own--so you know how to navigate the app and what to expect," Google added.

As you might imagine, Roku is not happy about this turn of events at all. It issued the following lengthy statement to The Verge concerning Google's latest actions:

Google's actions are the clear conduct of an unchecked monopolist bent on crushing fair competition and harming consumer choice. The bundling announcement by YouTube highlights the kind of predatory business practices used by Google that Congress, Attorney Generals and regulatory bodies around the world are investigating. Roku has not asked for one additional dollar in financial value from YouTubeTV. We have simply asked Google to stop their anticompetitive behavior of manipulating user search results to their unique financial benefit and to stop demanding access to sensitive data that no other partner on our platform receives today. In response, Google has continued its practice of blatantly leveraging its YouTube monopoly to force an independent company into an agreement that is both bad for consumers and bad for fair competition.

We had hoped that the two companies would come to a fast agreement over the contract negotiations, but given Google's blog today and Roku's immediate response, it looks as though we might be waiting for a long while.