An Amazon US listing for the upcoming Google Pixel 7 smartphone has been spotted and screen-shotted. At the time of writing, the Amazon retail page has been taken down, as someone obviously jumped the gun. However, we now have pretty solid information on the non-Pro device’s price, release date, and Amazon BO code.
Getting straight to the juicy details, the Amazon listing revealed that the Google Pixel 7 with 128GB of built-in storage and in Obsidian Black will be launched at $599 as an unlocked any-carrier SIM-free device. According to the listing, the new Google Pixel 7 “will be released on October 13, 2022.” The BO code is BOBCQXXRJJ, so you can easily keep track of this particular product on Amazon. 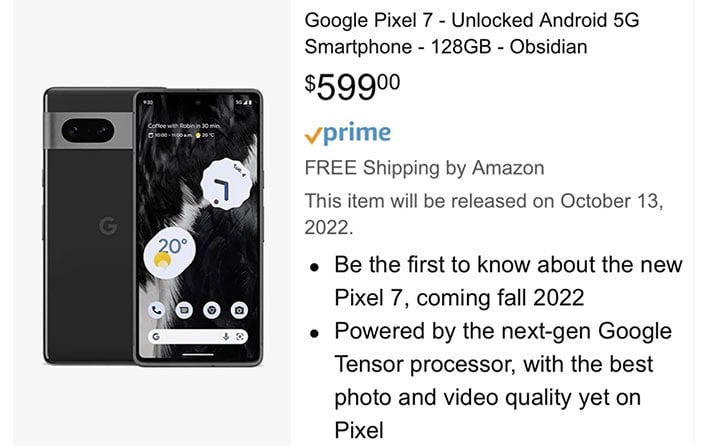 The above pricing, tallies with previous leaks and rumors. Moreover, the Pixel 7 Pro will be $899 if those rumors play out. Interestingly, this makes the Pixel 7 and 7 Pro launch prices identical to those of the Pixel 6 and 6 Pro when they were released, in 2021.

We have some more news about the Google Pixel 7 / Pixel 7 Pro phones to keep you entertained until the official launch on October 6 (availability comes a week later). Mobile centric tech site 91Mobiles has shared some renders of the next generation Pixel smartphones, which it claims “reveal the devices in their entirety.” Indeed, we get to see the devices from front and back (but not much of the sides), in their respective shades.

The Pixel 7 will be made available in Black, White, and Mint Green. Google’s Pixel 7 Pro buyers have a slightly different choice of livery; Black, White, or Hazel (sadly we don't have a hazel photo). The images shared by 91Mobiles give a good impression of the colors and clear views of the new visor design, and camera array differences between standard and Pro models of the Pixel 7. 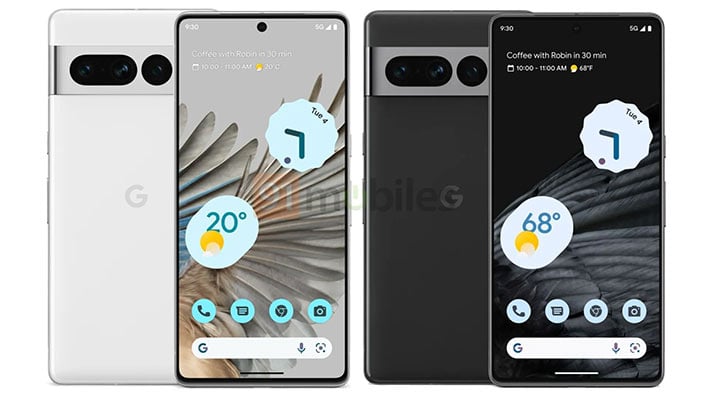 These next-gen Pixel phones are expected to become official at Google’s Fall event in just a few days time.