In early April, Woot.com ran a sale on the Google Pixel 3 that saw its price fall to a low $169.99. That was a significant price cut for a device that initially launched at $799 in October 2018. The Pixel 3 was superseded by the Pixel 4 and Pixel 5 but remains a competent performer for budget smartphone shoppers.

Woot now has another deal on the Pixel 3, and this time its price has been reduced to $159.99. The smartphone has a locked bootloader and was originally made for Verizon's network. However, given that it is carrier unlocked, it is compatible with "most major U.S. carriers," including AT&T, Sprint, and T-Mobile.

Given that the Pixel 3 is nearly three years old, it doesn't exactly come with state-of-the-art components. For starters, its once flagship-caliber Snapdragon 845 SoC looks a bit dated compared to today's high-flying Snapdragon 888. And whereas today's flagships are flaunting 12GB to 16GB of RAM and 128GB to 256GB of storage, the Pixel 3 makes do with 4GB of RAM and just 64GB of internal storage (with no microSD expansion). 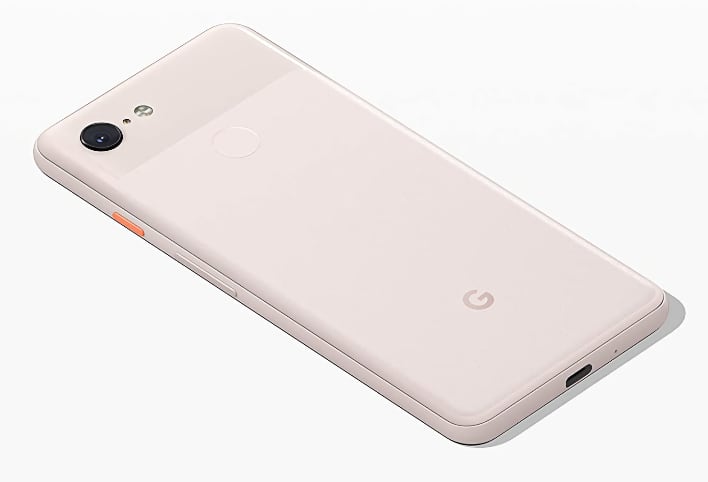 Another big difference with the Pixel 3 is its relatively small 5.5-inch (2160x1080) display, which is about an inch smaller than today's smartphones. However, some studies show that some consumers prefer smaller smartphones, as witnessed by the newly announced ASUS ZenFone 8.

Woot is currently selling the Pixel 3 in "Not Pink," and we'd presume that it has plenty in inventory as there is a limit of 10 per customer (up from the usual 3 per customer restriction). Standard shipping is free for Amazon Prime members. However, one thing to keep in mind is that, given its age, the Pixel 3 is only eligible for updates from Google until the end of 2021. That means that the smartphone will be eligible for Android 12, along with [likely] a December Android update before Google cuts off the spigot.