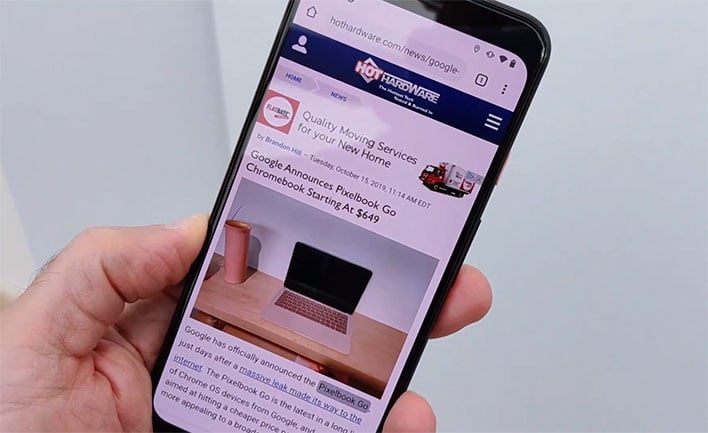 In a potential move that could shake things up in the mobile space, Google might be taking a page from Apple by designing its own system-on-chip (SoC) hardware for future Pixel smartphones and lower end Chromebook devices. If that turns out to be the case, it would be disappointing news for Qualcomm, and good news for Samsung.
Google has traditionally leaned on Qualcomm to power its smartphones. For example, the Pixel 4 and Pixel 4 XL wield a Snapdragon 855 processor, while the previous generation Pixel 3 and Pixel 3 XL both touted a Snapdragon 845 SoC. The same is true of the upcoming Pixel 4a and Pixel 4a XL—they are rumored to run on a Snapdragon 730 chip.
By shifting design chores in-house, Google could put itself in a better position to compete on performance, features, and price. Apple has done well with that same strategy, with its custom Bionic hardware being some of the best SoCs on the market.
According to Axios, there is already a design in progress. Designed in cooperation with Samsung, the chip is codenamed "Whitechapel" and is based on 5-nanometer manufacturing technology. It is worth noting that Samsung once had a hand in building Apple's Bionic processors for its iPhone and iPad devices, and of course its own Exynos chips (TSMC has been building Apple's Bionic processors for the past few years).

It's said that Google recently received the first working versions of the Whitechapel part. The chip is based on ARM hardware (no surprise there) and features eight cores, along with specialized hardware to power machine learning chores.
Bear in mind that Google has not announced anything of the sort, at least not yet. However, the story aligns with a recent rumor suggesting Google could ditch Qualcomm for a custom 5nm slice of silicon from Samsung for the Pixel 5 series.