A phrase jokingly uttered by tech support representatives the world over is, “Could I speak with your child?” Thanks to a new program from Google for Education it has a plan to expand student technical support acumen more into the hardware space, specifically on Chromebooks.


Right to Repair has been gaining traction in recent years. Most people in the information technology space have heard of it, and it even has spilled over into the auto industry and farming categories. Enough attention has been paid to this that governments the world over are placing in national-level laws. In the US, the Biden administration signed an Executive Order, and even Canada passed a bill with unanimous support.
Much of this attention comes in part thanks to popular repair YouTube Louis Rossman, who discovered in 2018 that even after replacing an iPhone’s screen with an identical model iPhone’s screen, the iOS software would actually make the phone stop working. Louis has made it a personal mission to lobby heavily for the right to repair—he runs a repair shop and a YouTube channel focused around the concept after all. 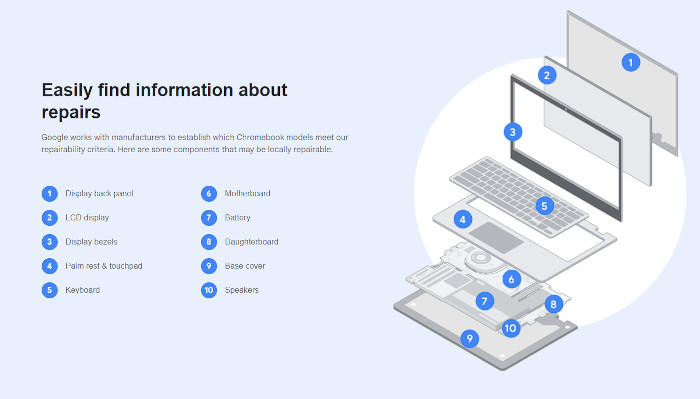 What is right to repair? To simplify the concept, it is the right of any consumer to repair a product they have purchased for themselves, whether that is through their own means, an official partner of the manufacturer, the manufacturer itself, or a third party. Without enforcement on right to repair it would allow manufacturers to enforce that only they or their authorized partners be allowed to repair products, even after consumer purchase and ownership of the product.

So what does Google have in the wings related to this? Following somewhat in the footsteps of Apple’s Self Service Repair Google has decided it would be a worthwhile endeavor to allow schools who already make use of its Workspace for Education and have Chromebooks issued to their students and staff. That endeavor is to help those schools that are interested start a Chromebook repair program.
Using a case study from a school that already started a program for this itself, Google and its partners have identified some key problems that some schools already face, such as what devices are actually good to repair based on things such as whether it is in manufacturer service warranty, or if the device still supported by ChromeOS. 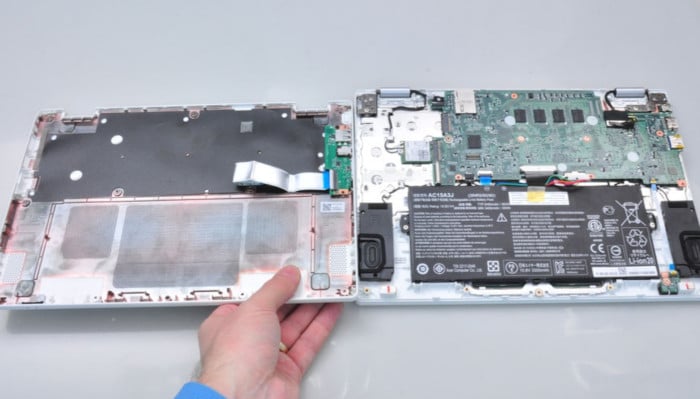 "Acer designs its Chromebooks for the education market with both durability and ease-of-repair in mind. On campus repair programs enable students to help their own school by conducting safe and rapid repairs of Chromebooks." said Vice President of Customer Service at Acer Pan America James Vick.
The new program aims to provide tools and educational materials to schools wishing to participate in the program at any level they feel comfortable. Manufacturers have even started distributing full repair documentation for some of their Chromebook models. The idea here is that by helping schools educate their students on how to repair these products the students then have this skillset as they enter the workforce. If you are an educator already taking advantage of Google services, you can find out more information about this program here.