Google Pixel owners have an update coming this month that should fix many of those annoying bugs some users have been dealing with (more on those in a moment). The update should begin rolling out to Pixel 6 owners beginning today, with others to follow in the coming weeks.


The launch of the Pixel 6 and 6 Pro was met mostly with positive reviews. However, there have been a few bugs that owners have been enduring since then that has left them with a less than enthusiastic view of the phones. One of the more irritating bugs has to do with the under-the-screen fingerprint sensor. Owners have complained that they have had a frustrating time getting the sensor to recognize their fingerprint. Some have ran into an issue where when they attempt to update their phone with a new fingerprint, a suggested workaround to the sensor not recognizing the initial one, they have been unable to do so.
Along with the fingerprint sensor, others have noticed that their phone is utilizing Google Assistant to make phantom phone calls in the middle of the night while they sleep. Hopefully these woes and many others will be put to rest with the December software update.

The update is slated to host a plethora of fixes, improvements, and new features for Pixel phones that are still receiving updates. Those versions should include the Pixel 3a and newer devices. Users can also expect an updated security patch that will address vulnerabilities that range from high to critical in nature. The most severe of those being the media framework and a remote attacker possibility executing arbitrary code through a crafted file.

When it comes to new features included in the update, Google says that the Pixel will "get a boost of helpfulness with Feature Drops". These are automatic software updates that will send new features, tricks, and apps to your Pixel phone. Another new feature called Nearby Share will let you send photos, videos, files, map locations, and more. You will be able to find nearby UWB devices to share with via a highlighted arc right on your screen.

One new feature that will be exclusive to select BMW owners for now, is your phone becoming a digital car key. That's right, you will be able to lock, unlock and even start your fancy BMW with your phone. So, for those BMW owners who are prone to misplacing their keys, this should come as a very welcome feature indeed. One can assume that this feature will be added to other car manufacturers in the future, but no details of which ones that might have been given as of yet. 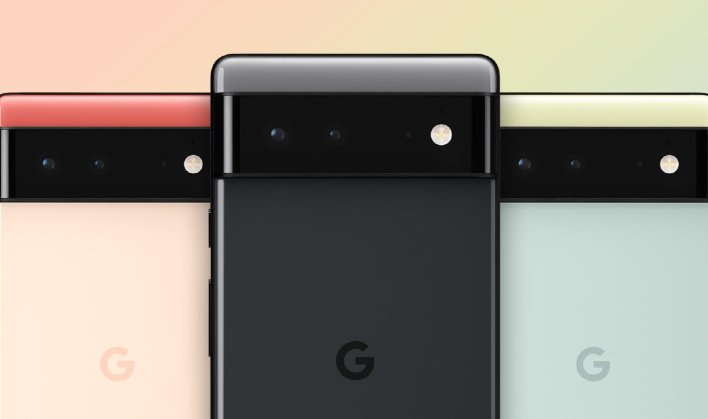 If you are an avid user of Snapchat, you too are getting a new feature. Users have already been able to customize the actions their Pixel phones takes when using Quick Tap, but now the inclusion of Quick Tap to Snap will allow them to access Snapchat directly from the phone's lock screen. This makes Pixel the fastest phone to open Snapchat and the envy of your friends who are having to take the time to open the app the old fashioned way.

A new safety feature will detect if you are in a severe car accident. If you have the feature enabled, the phone will check in with you to see if you are alright and if you are unable to answer Pixel can then share pertinent information about your location and other details with emergency responders. This feature could literally be a life saver.

Alongside the new features, fixes to the under-the-screen fingerprint sensor, and fix for those pesky phantom calls, there are improvements to audio, battery and power, biometrics, Bluetooth, camera, etc. The update addresses nearly 100 fixes, improvements, and new features in all. If you would like to see a detailed list of all of these, you can visit the Pixel Phone Help page.

Hopefully the fingerprint sensor issue is resolved along with the phone calling Aunt Judy in the middle of your dinner date without you knowing (we all know that what Aunt Judy hears ends up on Facebook), and the overall experience with both new Pixel phones and older are improved. So if you are the owner of a Google Pixel be on the lookout for the update coming to your device sometime this month.