In mid-February, NVIDIA announced that it would unleash a new GPU family called the Crypto Mining Processor (CMP HX). To ease some pressure off GeForce RTX 30 supplies, NVIDIA is pushing the CMP HX family as an excellent option for enthusiasts looking to mine for cryptocurrencies like Ethereum. As NVIDIA explained at the time, the GPUs "don't meet the specifications required of a GeForce GPU and, thus, don't impact the availability of GeForce GPUs to gamers."

Just as NVIDIA said in February, Gigabyte is one of its OEM partners that will produce CMP HX cards. Today, we're getting our first look at Gigabyte's CMP 30HX card. You shouldn't be too surprised to see that this card doesn't have display outputs on the rear. Instead, you'll just find additional ventilation cutouts for the GPU on the I/O plate. Also visible is a simple two-fan cooling setup for the GPU. 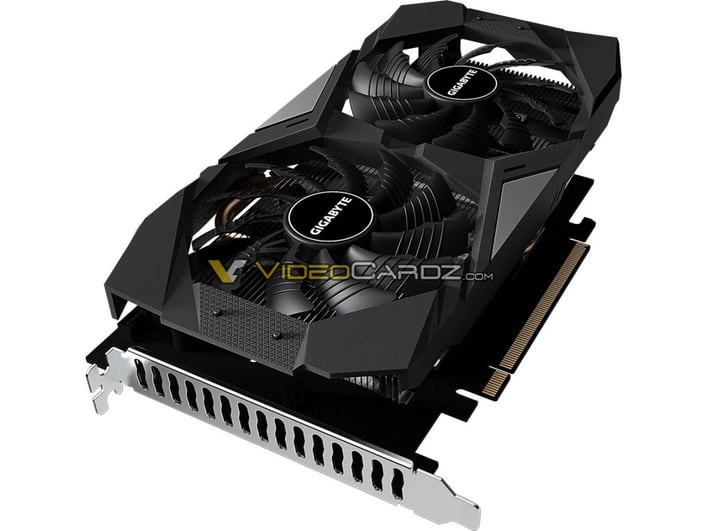 Based on our previous reporting, the CMP 30HX is based on NVIDIA's Turing architecture, specifically the TU116. The CMP 30HX is the runt of the litter with 6GB of onboard memory, an Ethereum hash rate of 26 MH/s, and a 125 TDP. It also only requires a single 8-pin connector for power.

The next two family members -- the CMP 40HX and CMP 50HX -- are also based on Turing architecture with a hash rate of 36 MH/s and 45 MH/s, respectively. Finally, the flagship CMP 90HX is allegedly based on the current-generation GeForce RTX 3080 and has a rate of 86 MH/s (while requiring two 8-pin power connectors).

According to NVIDIA, the CMP 30HX and CMP 40X will launch during Q1 2021, which means that we'll probably be seeing Gigabyte's card within the next weeks alongside offerings from ASUS, Colorful, EVGA, MSI, and Palit.