Intel recently expanded its lineup of Alder Lake processors with several new additions, among them the Pentium Gold G7400T, one of the least expensive chips in the lineup. Priced at $64 (in trays of 1,000 units), it's very much a budget chip. Apparently it's also capable of big overclocks even though it has a locked multiplier.
When it comes to Intel chips, overclockers in the modern era generally gravitate towards CPUs with a "K" designation, as those processors have unlocked multipliers. However, board makers have begun allowing for base clock (BCLK) adjustments on locked (non-K) chips, and overclockers have subsequently been testing the bounds of Intel's Alder Lake stack. 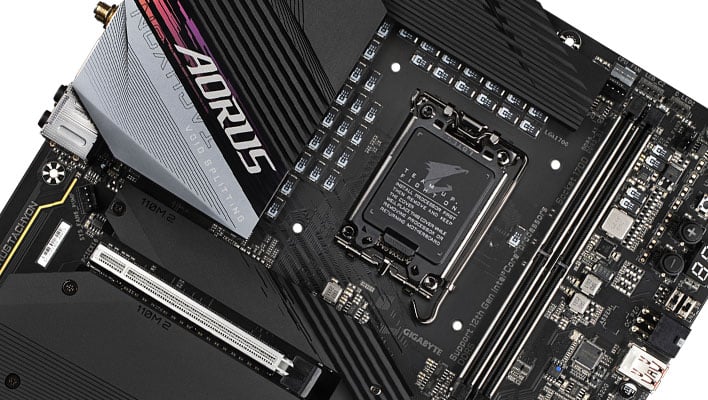 Enter HiCookie, Gigabyte's in-house overclocker. He got his mitts on a Pentium Gold G7400T and goosed the CPU all the way to 5.8GHz (just a hair over, actually—5,808MHz) using a Gigabyte Z690 Aorus Tachyon motherboard. And yes, it required liquid nitrogen (LN2) to get there, but it's still an impressive feat.
The Pentium Gold G7400T is a dual-core processor comprised of two P-cores (Golden Cove) with Hyper Threading support, and no E-cores (Gracemont). It has 6MB of L3 cache, 2.5MB of L3 cache, a 35W base power rating, and runs at a steady 3.1GHz at stock settings. The sub-$100 pricing makes it an attractive options for budget builds.
Back in the old days, the occasional low-end chip would emerge as a real gem for overclocking. That isn't quite the case here, as the use of LN2 obviously makes this impractical for everyday users. Nevertheless, HiCookie cranked the voltage to 1.656V, pushed the BCLK to 187MHz (up from 100MHz), and then ran some benchmarks. 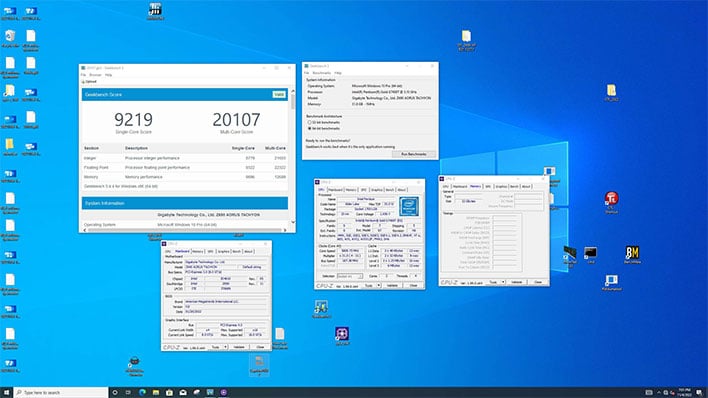 While not the highest frequency ever, this does rank as the fastest dual-core CPU in Geekbench 3.4.4, where the chip posted a 9,219 single-threaded score and a 20,107 multi-threaded score. The multi-core score is way ahead of the previous record holder in the dual-core category, the Core i3-7350K with a score of 16,265. And that chip had set the previous record while running at 6,836MHz.
HiCookie also achieved record scores in Y-Cruncher Pi 1B and HWBot's X265 4K and X265 benchmarks. Good stuff, and hat tip to HD Technologia for spotting this.