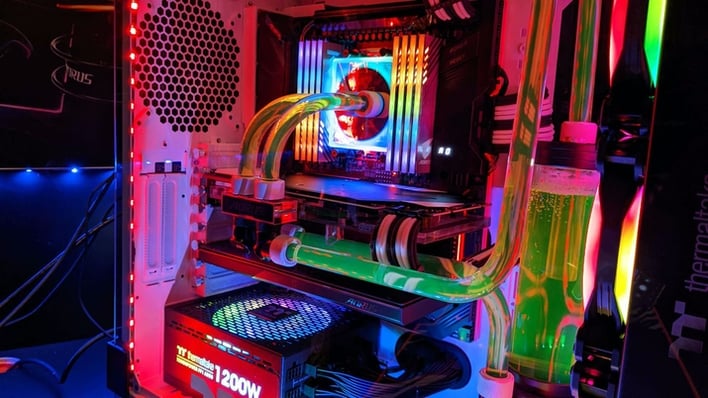 By now, enthusiasts know the benefits of the PCIe 4.0 interface, especially when it comes to solid state drives (SSDs). For the past six months, we've seen a number of manufacturers release PCIe 4.0 SSDs that can reach up to 5GB/sec sequential reads and 4.4GB/s sequential writes.

One of the first manufacturers to jump onboard was Gigabyte with its AORUS NVMe Gen4 SSD using a Phison controller. Today, however, we got to see first-hand how Gigabyte has tuned its Aorus Gen4 AIC Adaptor to achieve even higher performance in 4-way RAID. Back in late May, Gigabyte was hitting speeds of 15GB/s with four of its PCIe SSD in a RAID-0 array using the AIC Adaptor. Now, however, the company is touting speeds that surpass 19GB/sec, which is truly jaw-dropping. 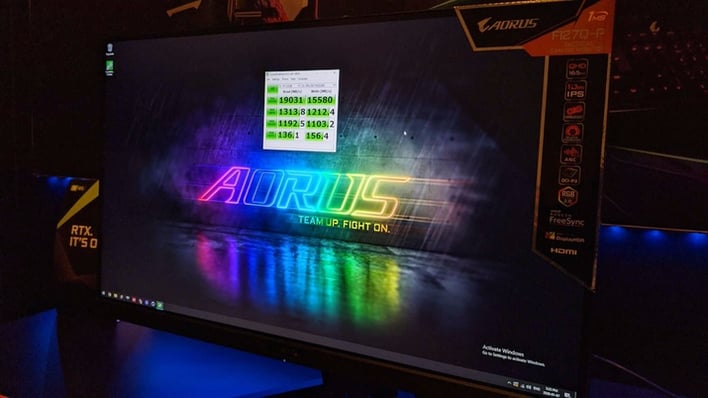 All of this was of course done using AMD's latest third-generation Ryzen 3000 processors and one of Gigabyte's own TRX40 motherboards. For those not in the know, AMD's TRX40 and X570 are currently the only consumer/prosumer-level motherboard platforms capable of supporting PCIe 4.0. 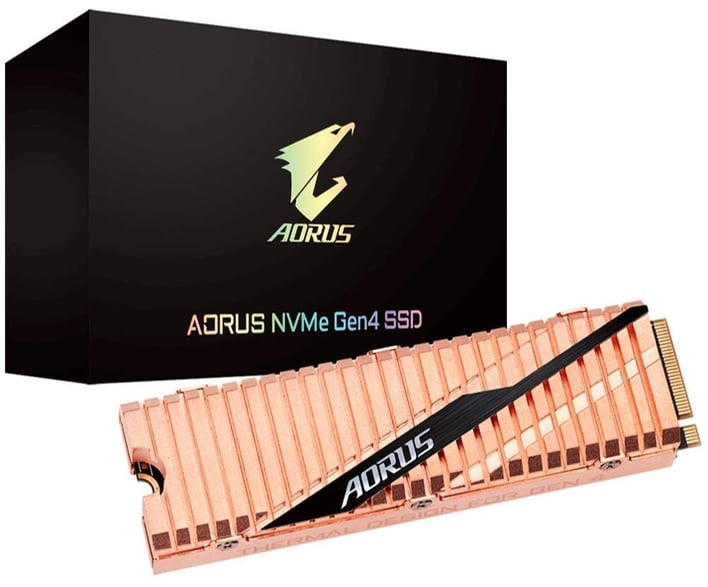 In the picture above, you can see the Aorus Gen4 AIC Adaptor just below the liquid-cooled graphics card in Gigabyte's custom rig. The add-in card has four internal PCIe 4.0/3.0 M.2 slots and runs custom Aorus Storage Manager software. It fits into an available PCIe 4.0 slot and includes its own blower-style cooling fan to keep all of those high-performance SSDs cool under load. 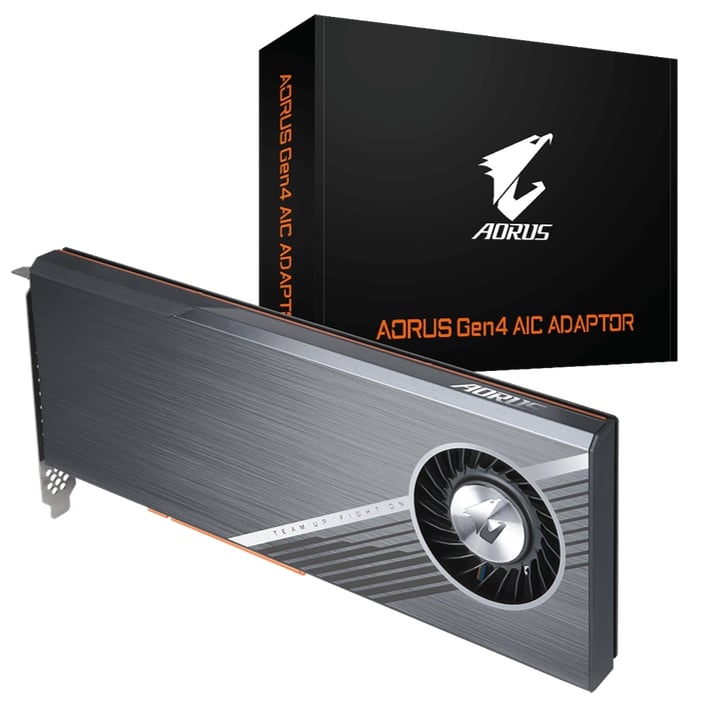