Gigabyte is apparently looking to blur the lines between what constitutes a big screen gaming monitor and a modest sized TV. Technically, the company's new S55U display is accurately listed as the former, but with a VA panel teetering on 55 inches (54.6-inch, to be precise) and Android powering its smart features, one could certainly lump it into the latter as well. 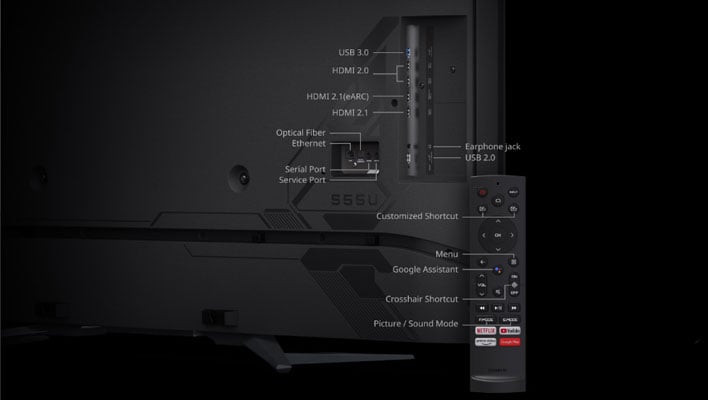 Note that the S55U lacks a built-in TV tuner. For TV chores, that's become less of an issue these days with set-top boxes and streaming services transforming virtually any display with modern connectivity into an entertainment hub. And modern connectivity is something the S55U certain has, including a pair of HDMI 2.1 ports (one with eARC support), two HDMI 2.0 ports, USB 3.2 Gen 1 downstream and upstream ports (one each), a USB 2.0 port, a 3.5mm headphone jack, an Ethernet port, and Wi-Fi 5 + Bluetooth for wireless connections.
Those are not 'fake' HDMI 2.1 ports, either. By that we mean it supports optional goodies for gamers such as variable refresh rate (VRR) and auto low latency mode (ALLM), as well as serving up a 120Hz refresh rate at its native 3840x2160 (4K) resolution. It's also listed as a FreeSync Premium display, and it supports all the major HDR standards (Dolby Vision, HDR10, HDR10+, HLG).
The actual display is a VA panel boasting quantum dot technology and full array local dimming with 132 zones. It's not a micro LED monitor, but still gets bright, according to the specs—500 nits typical with a 1,500 nits peak.
Other specs include dual 10W speakers with Dolby Atmos and DTS HD, a 2ms minimum GtG response time (5ms average), 5,000:1 contrast ratio, hands-free control with Google Assistant, and various baked-in amenities like an onscreen timer and crosshair. 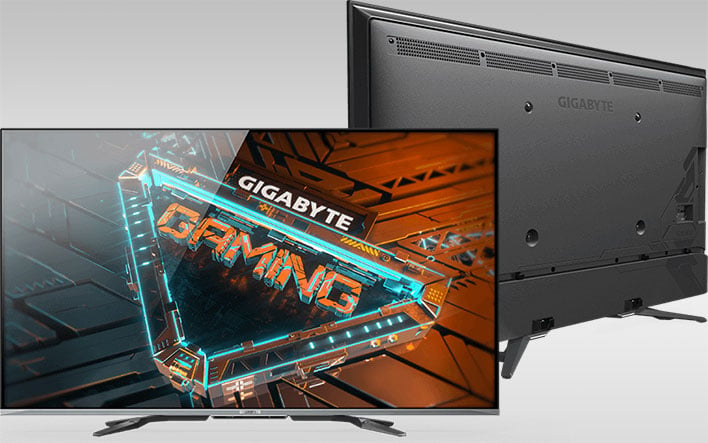 We have not had a chance to spend any hands-on time with this model, but looking at the specs, it's an intriguing addition to Gigabyte's lineup. We're curious to see how it actually functions as a gaming monitor. On paper, the HDMI 2.1 perks and other specs make this a suitable candidate for gaming on PC and the latest generation consoles (Xbox Series X|S and PlayStation 5).
Gigabyte doesn't mention an MSRP in its press release, but we found the Gigabyte S55U on Amazon for $1,099.99. That's a bit pricey, especially when TVs like the Hisense 55U8G ($598 on Amazon) sport the same or similar features for much less.