How To Get One Of 10,000 Free Call Of Duty Black Ops Cold War Beta Keys This Weekend 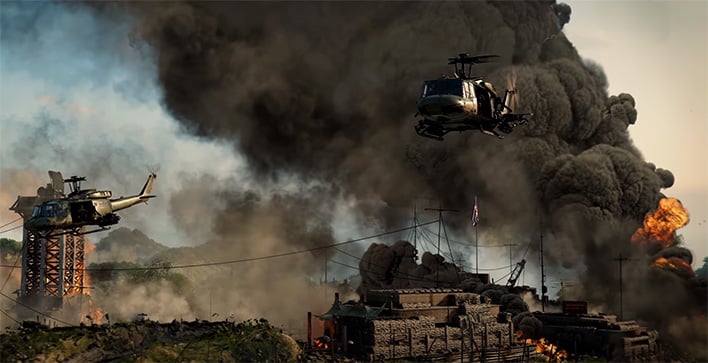 In case you missed it, Activision dropped the first cinematic trailer for its upcoming Call of Duty: Black Ops Cold War game, which is a direct sequel to the original Black Ops title. It looks intriguing, to the say the least. If you want to get early access the open beta, one way to do that is pre-order the game (any edition). But there is another way that will not cost you a dime.
Activision is handing out 10,000 beta keys to Call of Duty: Black Ops Cold War this weekend, on a randomly selected basis. The giveaway is to promote the first Call of Duty League championship, which is scheduled to being on Sunday, August 30 at 4:00 pm ET (1:00 pm PT). There are other events that precede the championship, starting on Saturday, August 29 at 12:00 pm ET (9:00 am PT).
Viewers who watch one at least one minute of any of the livestreams will be entered into a random prize draw for one of the 10,000 beta codes being given away. To be eligible, you need to follow a few steps first...
The championship match on Sunday should be the most interesting, though any of the matches (of which there are several) drops your name into the prize pool. And other prizes are up for grabs as well, some of which are time based and some of which are randomized. For example, you can score an exclusive CDL knife blueprint on Sunday by tuning in for 30 minutes.
We still don't know when exactly the open beta will take place. However, Activision said it plans to share more information about the multiplayer portion of the game on September 9, and will release Call of Duty: Black Ops Cold War on November 13.