GeForce RTX 4090 And 4080 Roundup: Custom GPU Models From ASUS, Gigabyte, MSI And Others

In the wake of the GeForce Beyond presentation on Tuesday, with all the official tech details extensively reported, our attention turns to what NVIDIA partners are adding to the RTX 40 offer. NVIDIA reference models of the new GeForce RTX 4090 24GB, RTX 4080 16GB and RTX 4070 4080 12GB have been analyzed in some detail, but is there any benefit to choosing a partner design from the likes of ASUS, Gigabyte or MSI? Let's shine a light on the highlights from these brands and why they might have products worth a bit more of your hard-earned cash – even though the reference MSRPs are already higher than we would have liked.

The ROG Strix line represents the pinnacle of ASUS’s PC products. ASUS has models covering the gamut of the new Ada Lovelace series as it stands, and they offer some of the firm’s best cooling technologies in terms of important metrics such as performance, quietness, and extensive use of Aura Sync RGB lighting. 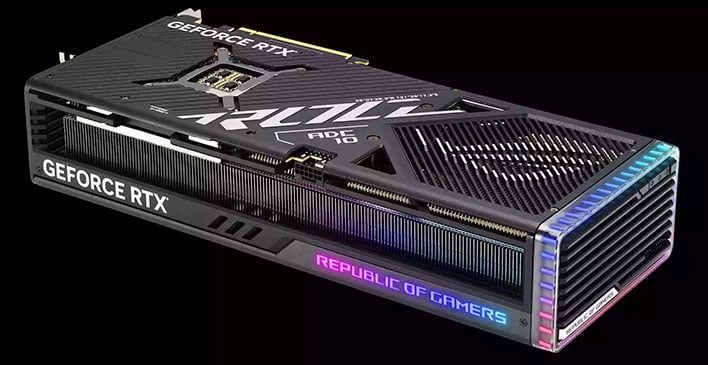 ASUS’s Strix GeForce RTX 4090, for example, is a 3.5-slot and 357mm long die-cast metal frame reinforced graphics card, designed with cooling as the “top priority.” It features a multitude of popular modern cooling technologies to augment its bulk. In brief, it features; a patented vapor chamber design with milled channels beneath the heatpipes, 30% more cooling surface area than the Strix RTX 3090, and upgraded axial fans for greater airflow and pressure. Moreover, it offers a total of 24+4 power stages.


ASUS also has some TUF offerings, with more conventional but substantial cooling solutions. They will be priced nearer to reference levels. ASUS's full lineup announced is: 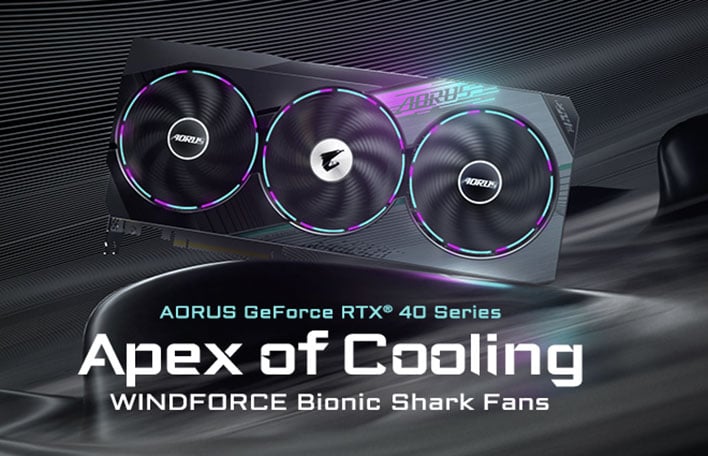 The name of the new fans sparks curiosity. Apparently, the Aorus Bionic shark fan used in these new cards is so-named due to its reduced noise and increased static pressure precipitated by the sharkskin texture on the fan blades. Elsewhere in the cooler design, a greater mass mixed with vapor chamber and heatpipe technology appears to be leveraged again.

Gigabyte gives even fewer tech details about its custom models than ASUS, so we don’t have specific details about the VRMs etc, at this time.

MSI’s news release regarding its GeForce RTX 40 series graphics cards is similarly vague about key tech specs and focused upon cooling technology. This last of the big-three AIBs says a combination of its Torx fans, Core pipes, and airflow control technologies give it an advantage. The Torx fans have now reached revision 5.0 and the biggest new improvements comes via the increased airflow and air pressure these fans provide.

Turning to specific models, you will be able to purchase NVIDIA GeForce RTX 4090, and 4080 variants that have been shoehorned into the Suprim, Gaming, and even the Ventus series. However, the most interesting model for now is MSI’s Suprim Liquid model, which uses a hybrid solution consisting of a sealed liquid loop and an air cooler for perky quiet performance. It will be interesting to see how much better this hybrid model overclocks – if the RTX 40 series have much OC headroom.

Zotac’s latest GPU design was leaked ahead of launch, but is still impactful to see on the official product pages. Described as the “AIRO Evolution,” the top new RTX 4090 card carries ahead the Zotac AMP Extreme branding aimed at gamers with a curvy AIRO (Air Optimized) aesthetic.

For cooling, Zotac uses its IceStorm 3.0 configuration (yes, three fans) for Nvidia’s latest and most power hungry consumer GPUs. Gain we have fan tweaks highlighted as being new and improved. Here, Zotac claims to have implemented 50% larger fan blades on fan units that are 60% taller than the previous generation. This is accompanied by a bigger, thicker, deeper heatsink design, making up a 3.5-slot footprint for the RTX 4090 designs. 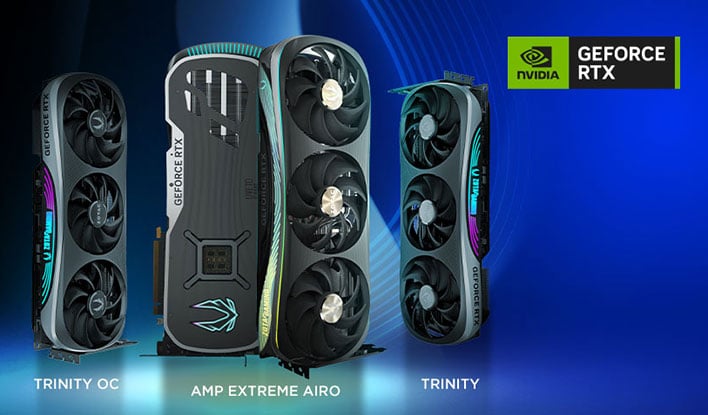 Nine copper composite heatpipes help cool these AIRO cards, channelling heat away from the custom vapour chamber with nickel plated copper base. In similar claims to ASUS ROG, the Zotac design features a die-cast metal frame (and backplate) for ample rigidity. All models revealed so far also boast Spectra RGB lighting, with the top model also boasting a holographic frame design, which is an effect based upon iridescent and translucent materials.
Unlike some of the bigger players, Zotac has kindly published some fully populated product pages. You can read more about the three RTX 4090 designs it has readied here, and Zotac even lets you add them to its on-site comparison tool. 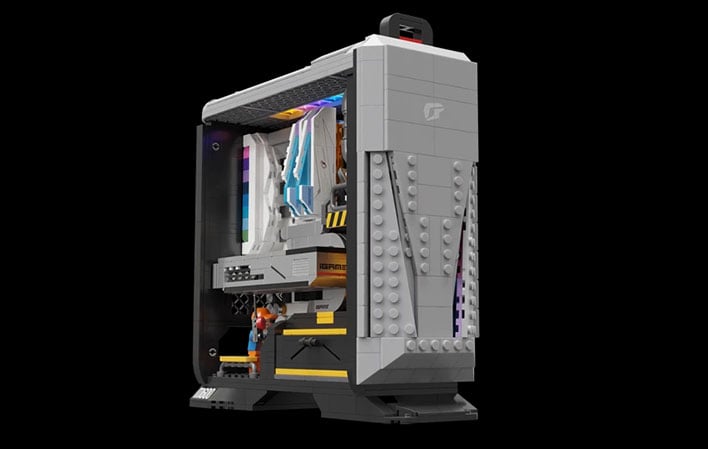 There are other NVIDIA GeForce RTX 40 graphics cards to be spied around the web. Some less familiar names to US residents like PNY, and Colorful have revealed some of their Ada Lovelace wares. In fact, Colorful might have the most interesting models to share yet; with various models boasting features like a smart screen accessory, it has a liquid cooled model too, as well as a model which has a ‘Lego’ connection.