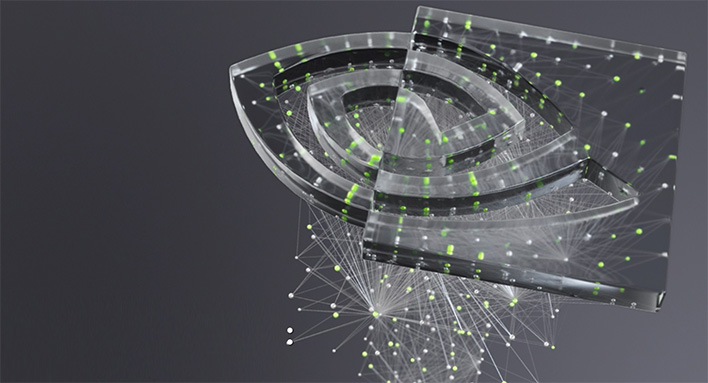 We still have about two and a half weeks to go before NVIDIA presumably announces its next-generation GeForce RTX 3000 series during a GeForce Special Event September 1. However, semi-official details have leaked out. According to a technical brief hosted on Micron's website, NVIDIA's upcoming GeForce RTX 3090 will rock 12GB of GDDR6X memory.
There is quite a bit that is interesting about this. For one, Micron has not formally introduced its next-gen GDDR6X memory yet, but is clearly planning to in the near future. It is outlined in a PDF document spotted by Videocardz, that presumably was not supposed to go public yet.

"In Summer of 2020, Micron the next evolution of Ultra-Bandwidth Solution in GDDR6X. Working closely with NVIDIA on their Ampere generation of graphics cards, Micron's 8Gb GDDR6X will deliver up to 21Gb/s (data rate per pin) in 2020," Micron states.

According to Micron, the GeForce RTX 3090 with 12GB of GDDR6X memory will be able to hit a staggering 1TB/s of memory bandwidth. And that is just the beginning. Even higher bandwidth lies ahead, with Micron stating its GDDR6X memory has the potential for 16Gb chips paving the way for a 24Gb/s data rate per pin in 2021.
A little math is involved to understand the numbers. To arrive at the claimed 1TB/s of memory bandwidth, you take the memory clock (21Gbps) and multiply it by the memory bus (384-bit on the GeForce RTX 3090), then divide the result by 8 bits. 21*384=8,064, and 8,064/8=1,008, or around 1TB/s. Using the same formula, 24Gb/s memory on the same bus would result in 1.15TB/s of memory bandwidth.
So, with one little document, Micron confirmed the impending launch of GDDR6X memory and that it will be used on at least one of NVIDIA's next-generation graphics cards, and provided some performance figures. What else? Well, there was chatter that NVIDIA might ditch the GeForce RTX 3000 series branding for something different. That could still be the case, but Micron is under the impression that a GeForce RTX 3090 is imminent as well.
Interesting stuff all around. It's also worth noting that past rumors have pointed to the GeForce RTX 3090 potentially shipping with 16GB, 20GB, and even 22GB of memory. Not so, according to Micron's technical brief, but it's still best to treat all this as semi-confirmation rather than being chiseled in stone.