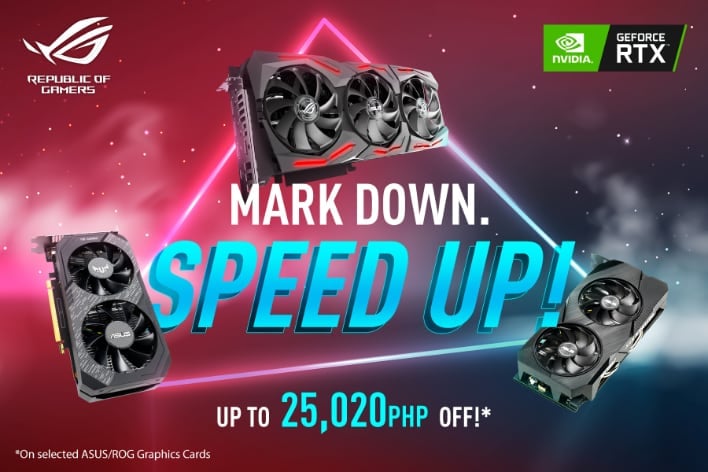 NVIDIA’s GeForce RTX 20 Series of graphics cards have ruled the roost when it comes to PC gaming performance for roughly two years now. But with the arrival of the new GeForce RTX 30 Series (Ampere), the performance torch is about to be passed to a new breed of GPU monsters. 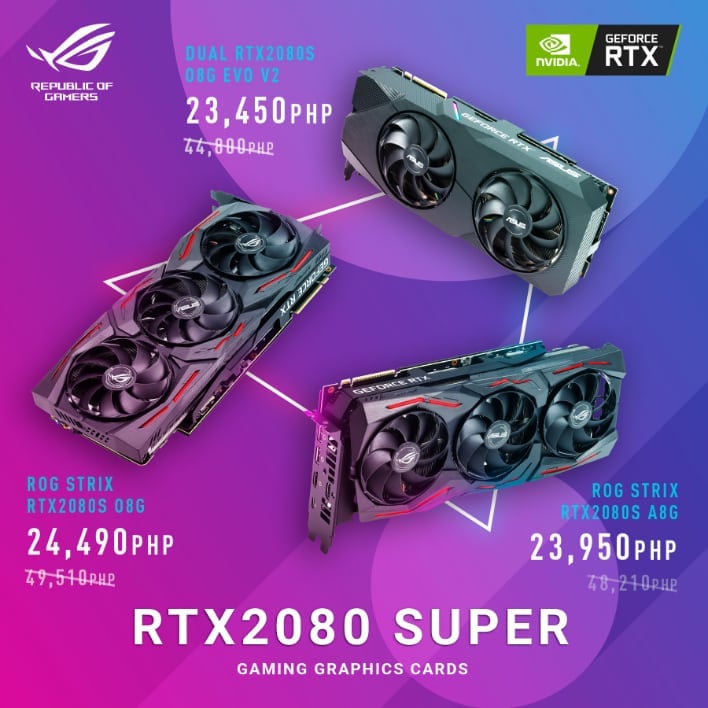 Not to be left out, Zotac in Malaysia is discounting its GeForce RTX 2080 Ti Triple Fan card by a whopping 55 percent. 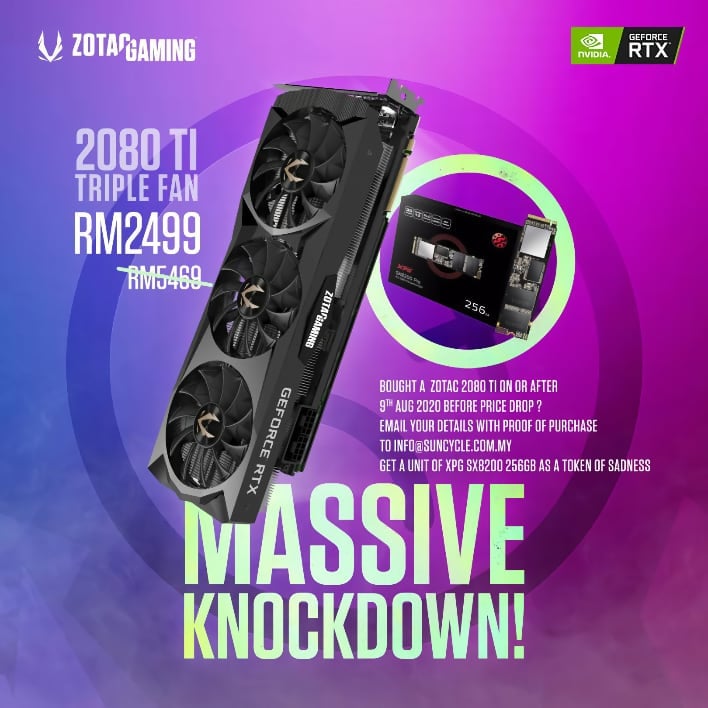 Needless to say, the heavy discounts are on the way, and should be arriving in the United States shortly before or after the launch of the GeForce RTX 3080 (September 17th). There’s no telling if the price cuts will be as dramatic as we see above, or if vendors will get even more aggressive to unload existing inventory. Afterall, trying to sell a GeForce RTX 2080 Ti at any price around $500 is going to tough considering the raw performance that the GeForce RTX 3070 offers (not to mention its second-generation RT cores for improved ray tracing performance). The same goes for the GeForce RTX 2080 versus the new GeForce RTX 3080.

Stay tuned as we’ll definitely be keeping track of all the discounts that will be inbound in the days and weeks to come for gaming enthusiasts.