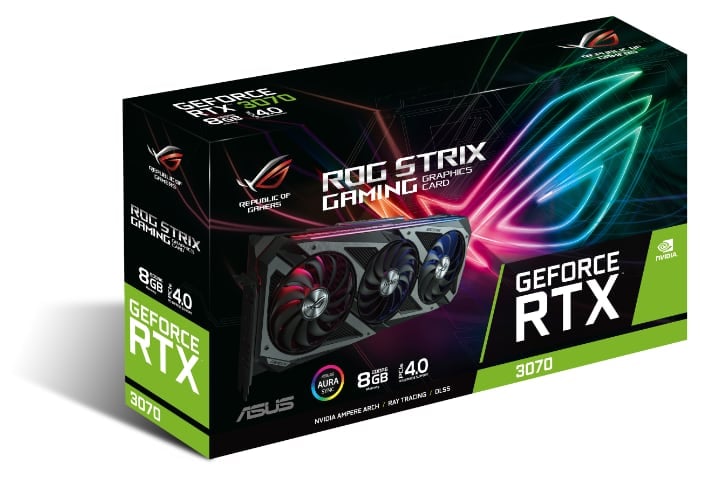 NVIDIA laid down the hammer last week when it announced its Ampere family of gaming cards. Although details of the cards had been rumored for months, the actual generational performance uplift of the three-card family is nothing less than impressive. 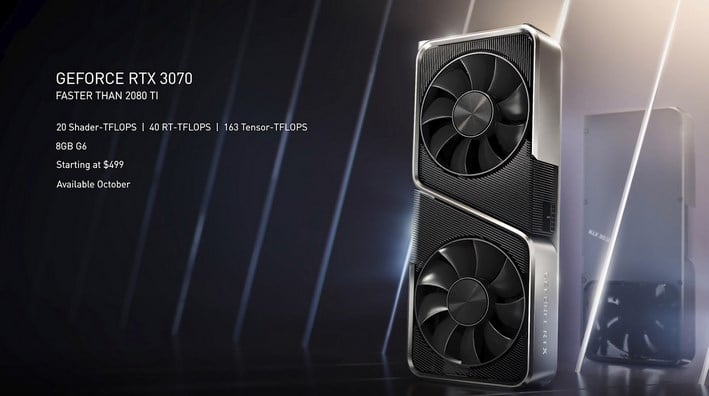 Looking at the broad picture, the GeForce RTX 3070 has 5,888 CUDA cores along with base/boost clocks of 1.5GHz and 1.73GHz respectively. As for its memory subsystem, the GeForce RTX 3070 has a 256-bit interface with 8GB of GDDR6. When all is said and done, NVIDIA is boasting performance of 20 shader TFLOPS, 40 RT-TFLOPS, and 163 Tensor-TFLOPs. But what does all of this mean in the real world? Well, it the “lowly” GeForce RTX 3070 is now more than a match for the two-year-old GeForce RTX 2080 Ti flagship GPU. 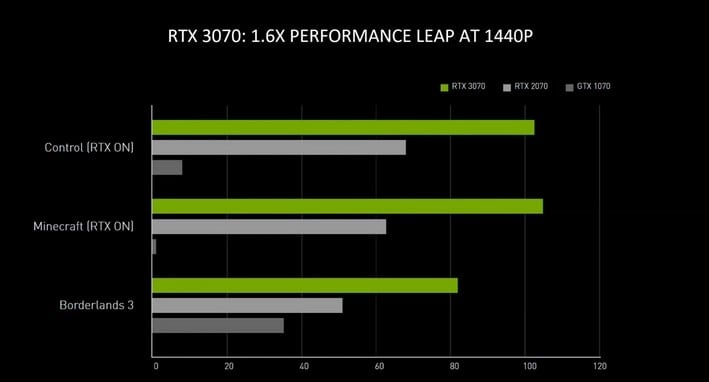 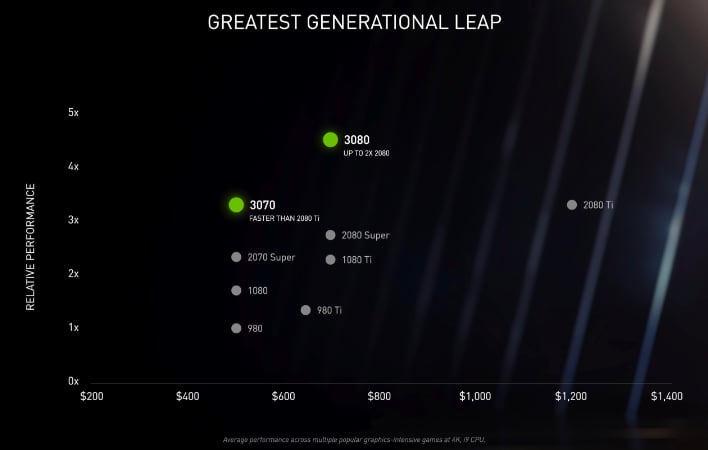 Flip on RTX for games like Minecraft and Control, and you can really see how much of an upgrade this will be for gamers that have been “making do” with much older graphics cards like the GeForce GTX 1070. The Ampere upgrade will represent a significant uplift in performance, while allowing you to crank up more graphics goodies.

Now of course, we can’t talk about NVIDIA’s Ampere lineup without mentioning the elephant in the room: Big Navi. NVIDIA has struck the first blow with the GeForce RTX 30 Series, but AMD is rumored to be readying its counterpunch with Radeon RX 6000 Series GPUs. NVIDIA has traditionally had the upper hand with outright performance when it comes to gaming cards, but AMD is hoping to turn the tide with Radeon RX 6000. In fact, recent reports suggest that its GeForce RTX 3080 competitor could be priced at $549 for the 16GB version, and $499 for the 8GB version. That would put it squarely in GeForce RTX 3070 pricing territory, while allegedly having the upper hand with respect to performance.

However, this is all just speculation at this point, and we can only truly attest to what NVIDA has presented at this point. But once AMD is able to reveal its cards — which is scheduled to happen sometime during Q4 2020 — we’ll be able to really see if the company has the performance (and pricing) to put NVIDIA on edge.