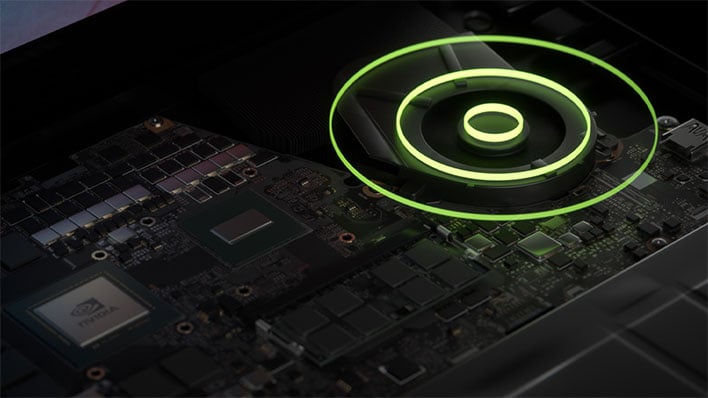 Today is a pretty big day for gamers on the go—it marks the launch of GeForce RTX 30 series laptops sporting the company's latest generation Ampere GPUs, in mobile form. And right on cue, NVIDIA has released a driver update and a bolstered version of its GeForce Experience utility, the latter of which brings support for WhisperMode 2.0.
There is a bit to unpack there. Let's start with the laptop GPUs, of which there are three main versions: GeForce RTX 3080, GeForce RTX 3070, and GeForce RTX 3060. Each one can be configured to different power profiles and clockspeeds by the OEMs. And if you are curious what to expect, have a look at our GeForce RTX 3080 laptop performance preview, as well as our full-on Alienware m15 R4 review, configured with a mobile GeForce RTX 3070.
NVIDIA says this is its largest laptop launch ever, with over 70 designs in the pipeline from every major OEM, all featuring third-generation Max-Q technologies. OEMs can enable certain elements at their own discretion, but the roundup includes WhisperMode 2.0, Resizable Bar, DLSS, and Dynamic Boost 2.0.
Initially, NVIDIA's hardware partners are launching GeForce RTX gaming and creator laptops built around the GeForce RTX 3080 and GeForce RTX 3070. Laptops powered the GeForce RTX 3060 are not far behind, though, and will be available starting February 2.

To go along with the launch, NVIDIA updated its GeForce Experience software to version 3.21.0, available to download now. Among the highlights is support for WhisperMode 2.0, which uses artificial intelligence dial in the vitals where they need to be for a certain acoustic level.