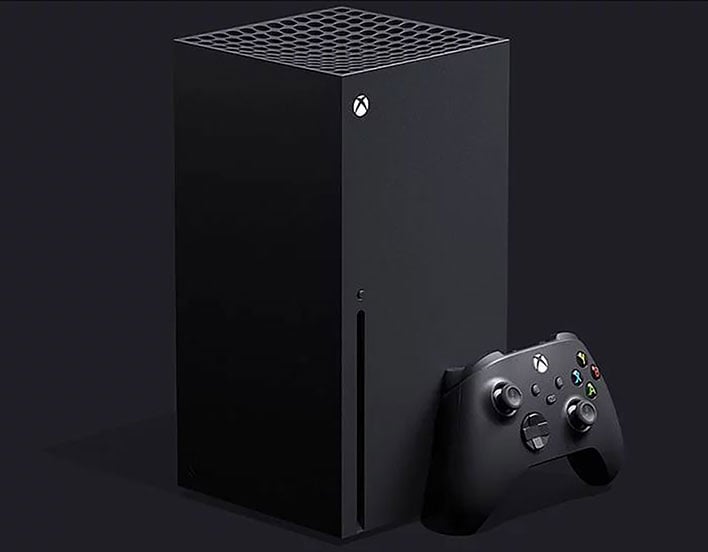 Microsoft recently published a preview video of the Xbox Series X’s design. The upcoming console design has garnered both praise, concern, and confusion. Microsoft's next-gen game console appears to be rather large and bears many similarities to a PC. One critic included Gearbox executive Randy Pitchford, who took to Twitter to complain about the design and performance claims of the Xbox Series X.

The Xbox Series X features a design that differs from its predecessors. Phil Spencer, executive vice-president of Gaming at Microsoft, claimed that the console’s design is due to the deceleration of Moore’s law. He tweeted, “As Moore's law slows down and our ambitions increase, this leads to an innovation in design. Software innovations like VRS will also be key -- Xbox Series X rewrites the rules of console design -- and the power level should be extraordinary.”

Moore’s Law is the theory that the processing power of processors doubles as transistors become smaller and their number and density on a microchip increases. This development occurs roughly every two years. Gordon Moore, co-founder and chairman emeritus of Intel, predicted this trend in 1965. It has so far proven to be surprisingly accurate. However, many people, including Phil Spencer, claim that Moore’s Law has slowed down over the last decade. They argue that transistors can only decrease in size by so much. As we approach chip manufacturing geometry limits, the cost of development also increases.

Randy Pitchford, president and CEO of Gearbox Software, insists that Moore’s Law is not slowing down, however. He tweeted that Spencer’s insistence is merely an excuse for the console’s controversial design. He even posted a chart of Twitter to demonstrate his point.


Moore’s Law is about transistor density. Some have claimed that it is slowing down. Others disagree. What does the data say? https://t.co/JUIQRlL9Jl pic.twitter.com/y86Q5dCNtI

Unfortunately for Pitchford, many Twitter users pointed out that his chart actually contradicted his argument. Other users advised Pitchford to reserve judgment until he got the console in his hands. Pitchford later apologized and remarked, “sometimes I suck at Twitter.” He insisted that he is “...excited about the next generation and want all platforms to be as powerful as possible.” At the time of publication, it does not appear that Spencer has responded to Pitchford’s concerns and criticism.

We do not know too many specifics about the Xbox Series X, but we do know that it will include an AMD Zen 2 CPU with an RDNA GPU, GDDR6 memory, and NVMe SSD. It will also ship with a wireless controller that bears similarities to the Xbox Elite Series 2 Wireless Controller. The console will be available by the end of 2020.