The annual deals season is almost upon us, the one known as Black Friday, which these days is more than just a single day (or even a weekend, followed by Cyber Monday) of bargains. Retailers have extended out the savings period each year, to where major markdowns can be seen on various items for a month or more. Getting an early start, Amazon is offering "epic" deals on Garmin smartwatches (including one from the Forerunner line), with prices slashed by up to 50 percent.
Shown above is the Garmin Vívomove HR, described as a "hybrid smartwatch for men and women." It is also one of the more sophisticated looking wrist accessories among the bunch. It features an OLED display with a 128x64 resolution, a handful of sensors (heart rate monitor, barometric altimeter, accelerometer, and ambient light sensor), and offers the standard round of fitness functionalities (like tracking steps, calories burned, and so forth).
You can grab the Garmin Vívomove HR for $159 (save $140.99, or 47 percent) on Amazon right now.

Save 50 Percent On The Garmin Fēnix 5 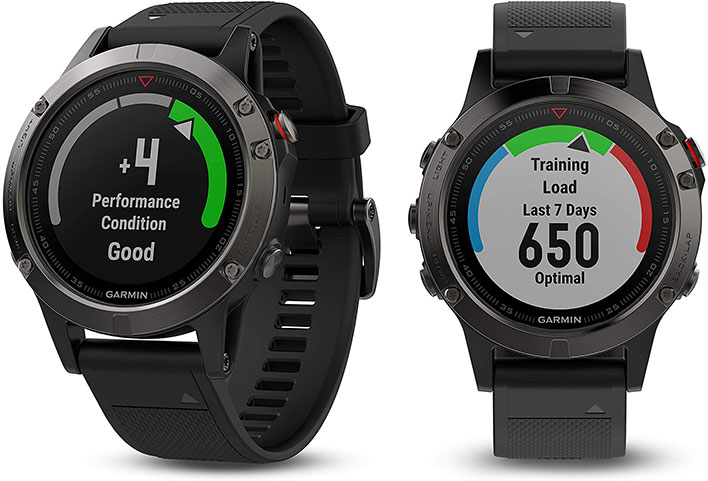 But wait, I said you could save up to 50 percent, right? Well, you can...on two different models, actually. First up to bat is the Garmin Fēnix 5 pictured above. This one falls into the "premium and rugged multisport GPS" category, by Garmin's standards, and is more suited for the adventurous type who climbs rocks or generally enjoys the outdoors.
This one features both GPS and GLONASS satellite reception, it has a three-axis compass with gyroscope and barometric altimeter, and boasts a "bright, high-resolution full-color" display with LED backlighting. You can buy the Garmin Fēnix 5 for $249.99 (save $250, or 50 percent) on Amazon today.

Save 50 Percent On The Garmin Fēnix 5X Plus 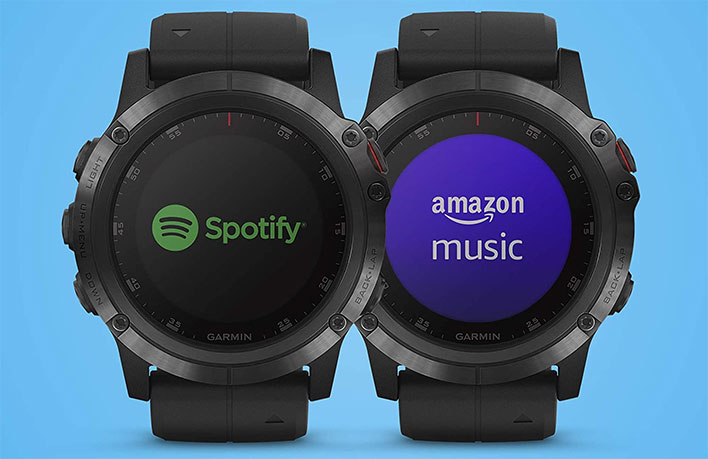 The other half-off savings applies to the Garmin Fēnix 5X Plus, which is pitched as the "ultimate multisport GPS smartwatch." It is similar to the other model, but like the latest generation Apple Watch Series 6, it wields a blood oxygen monitor the mix.
You can buy the Garmin Fēnix 5X Plus for $399.99 (save $400, or 50 percent), a massive discount on one of Garmin's highest end outdoors-y smartwatches.

Save 28 Percent On The Garmin Forerunner 735XT

Finally, the Garmin Forerunner 735 XT is the last of the bunch, with the smallest percentage discount. However, it is also the second most affordable, and you're still saving a bunch of dough. This one is a multisport GPS watch intended for runners and joggers. Garmin says the GPS mode lasts up to 14 hours, plenty enough for a 5K and then some. It also offers advanced running dynamics, VO2 max (oxygen uptake), heart rate monitoring, and more.
You can snag the Garmin Forerunner 735 XT for $169.99 (save $65, or 28 percent). Or head to the Garmin smartwatch landing page on Amazon to see all of the models.