As expected, Apple has announced the new Apple Watch Series 6, which continues the company's yearly cadence of iterative updates. In this case, the Series is a slight upgrade over its Series 5 predecessor with a new S6 SoC, which is now based on the A13 Bionic found in the iPhone 11 family. Apple says that the new S6 processor in the Series 6 is now 20 percent faster than the S5 found in the Series 5.

But perhaps the biggest new feature, is the addition of blood oxygen monitoring. Once requested, the Series 6 can measure your blood oxygen levels within 15 seconds thanks to some new sensors that have been added to the bottom of the device. The Series 6 also includes a built-in altimeter, than can give you an instant readout of your current altitude right from your watch face. 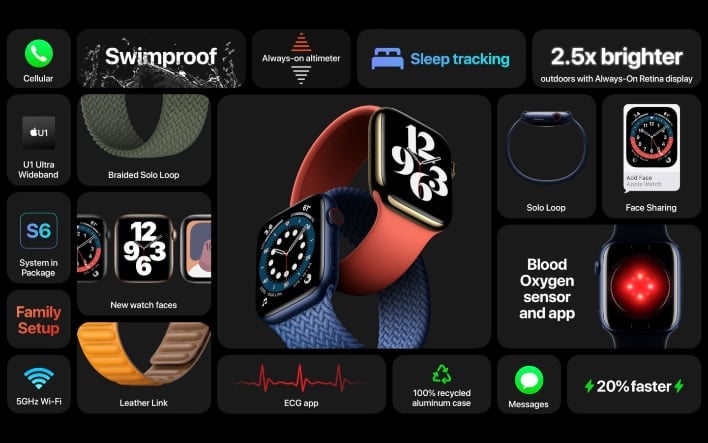 While the design of the Series 6 hasn’t really changed much since the Series 5 — or the Series 4 for the matter — it is available in some new colors. You can now get the Series 6 in blue or Project (RED).

But that’s not all, Apple has announced a cheaper Apple Watch SE, which is the new entry-level model. This a slightly new strategy for Apple, which has in the past simply discounted previous-generation Apple Watch models to appeal to customers on a stricter budget. The Apple Watch SE features the S5 SoC and the same design aesthetic as the Series 6, but misses out on blood oxygen monitoring. It does, however, include fall detection, the always-on altimeter and sleep tracking. 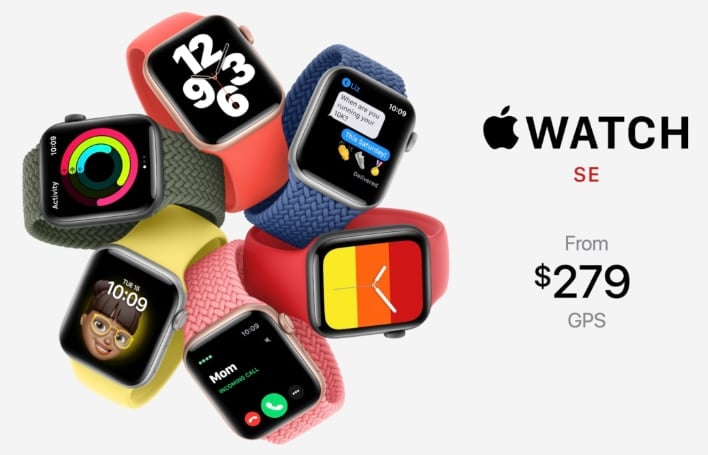 So Apple is in essence offering two new Apple Watch models: the Series 6, starting from $399, and the SE, starting from $279. Both will be available in two case sizes in both Wi-Fi and Wi-Fi+Cellular models. The long-serving Series 3 will still remain in the lineup for the ultimate budget shoppers.