Ford is off to a strong start with its Mustang Mach-E. While the vehicle only has a passing resemblance to its namesake, the Mustang Mach-E brings performance and flair to the electric vehicle (EV) market. Today, the company announced that the Mach-E GT and Mach-E GT Performance Edition have sailed past their originally-projected EPA ratings ahead of their official launch.

When the Mach-E GT and GT Performance Edition were first announced, Ford projected an EPA-rated driving range of 250 miles and 235 miles, respectively. However, now that the vehicle's range numbers have been officially certified, the company is quoting 270 miles and 260 miles, respectively. For comparison, the endurance champ of the family is the Mach-E family is the California Route 1 trim (extended range, rear-wheel drive) which can travel 305 miles per charge (albeit with only 290 horsepower on tap). 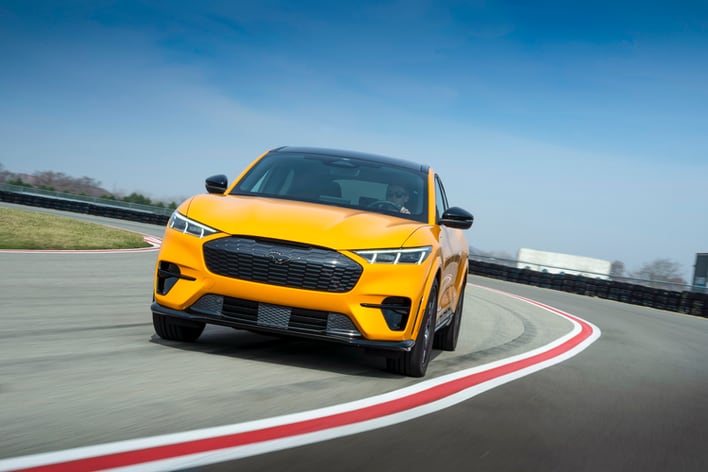 "More than half of our orders for the Mustang Mach-E GT have been for the Performance Edition, and I'm particularly pleased that we have had orders from every state across the U.S.," said Darren Palmer, global director, battery electric vehicles, Ford Motor Company.

The Mustang Mach-E GT Performance Edition is the barnstormer of the lineup, as it can dash from a standstill to 60 mph in just 3.5 seconds. It also generates a healthy 480 horsepower and 634 lb-ft of torque. Feeding the beast is an 88-kWh lithium-ion battery pack, while dual electric motors (one for each axle) provide all-wheel-drive capabilities. 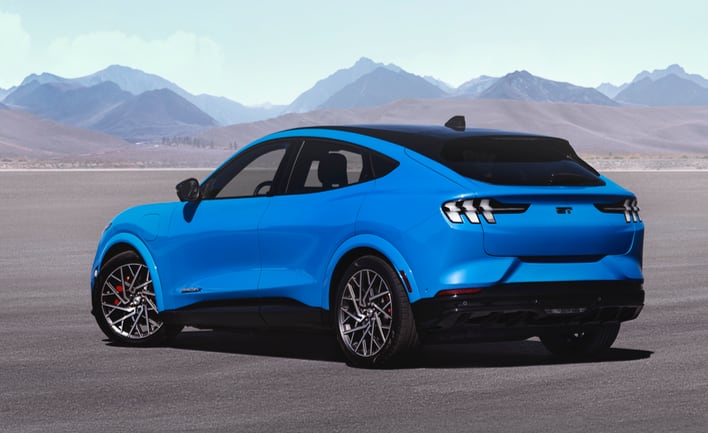 The Mustang Mach-E GT is priced at $59,900 (before destination fee), while its overachieving Performance Edition sibling goes for $64,900. Both are still eligible for the $7,500 federal tax credit, as the automaker has yet to exhaust its 200,000 vehicle phaseout limit (both Tesla and GM EV purchases are no longer eligible for credits).

The closest competitor for the Mustang Mach-E GT is undoubtedly the Tesla Model Y Performance, which is impressive in its own right. The Model Y Performance can also accelerate from 0 to 60 mph in 3.5 seconds. It has a top speed of 155 mph, an EPA-rated range of 303 miles, and is priced at $60,990.