Ford seems to be on a roll with pickups these days, as last month it announced the F-150 Lighting, which is a full-size fully electric EV capable of traveling up to 300 miles per charge. Oh, and it starts at just under $40,000 in its base configuration. Now, Ford is ramping up its electrification efforts in trucks with the new Maverick.

The Maverick is a new compact pickup that shares its platform with the Ford Escape and Bronco Sport. That means that it is available in both front-wheel-drive and all-wheel-drive configurations and should have a more carlike ride. Given that it's a compact, it's also relatively short (for a pickup), coming in at just under 200 inches in length. That's enough to give you a reasonably spacious crew cab body style and a 4.5-foot bed. 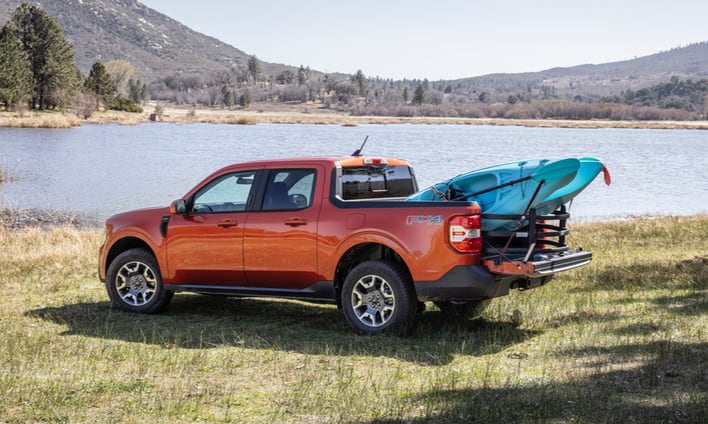 Ford isn't going after traditional truck buyers that gravitate towards massive full-size pickups; it's aiming for young urbanites that have abandoned compact sedans and hatchbacks in favor of crossovers. As a result, the Maverick seems primely positioned to capture the market for people into DIY projects around the house (and in the yard) without getting the inside of their vehicle dirty.

The Maverick has a payload capacity of 1,500 pounds, and the multi-position tailgate extends the bed length to 6 feet. The tailgate itself can hold 500 pounds when in the down position, and 18 sheets of 4x8 plywood can be carried with the tailgate down and secured over the tailgate. Inside, an 8-inch infotainment screen comes standard (Apple CarPlay, Android Auto supported) along with a 4G LTE Wi-Fi hotspot. You can also option the vehicle up with plenty of other electronic gizmos and self-driving technology.

What's most impressive about the Maverick, however, will be its fuel economy. The Maverick comes standard with a hybrid 2.5-liter Atkinson-cycle four-cylinder engine generating a combined 191 horsepower and 155 lb-ft of torque. According to Ford, the Maverick can achieve 40 mpg in the city and 37 mpg combined. This is uncharted territory for a pickup truck and better than most compact sedans available on the market. That's enough to let the vehicle travel 500 miles with its 13.8-gallon tank. The only downside is that the hybrid is hooked up to a CVT.

If more power is needed, Ford offers the 2.0-liter EcoBoost turbocharged four-cylinder that pumps out 250 horsepower and comes mated to an 8-speed automatic transmission. The hybrid trims are only available in FWD, while the EcoBoost is available in FWD or AWD. 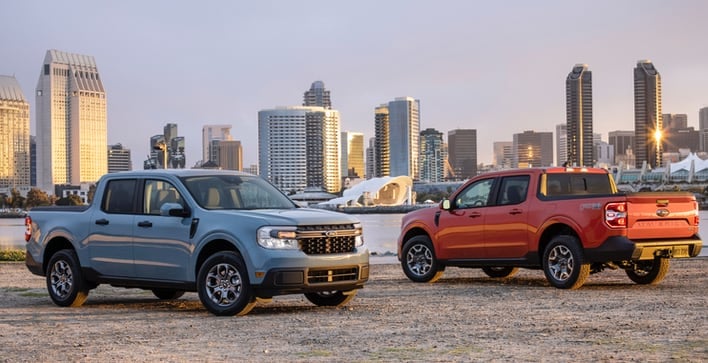 And given that most pickups bought by Americans are used as commuter vehicles these days anyway, something like the Maverick might just be the ticket.