Ford just revealed its all-new F-150 Lightning, and it is going to make a massive splash in the full-size truck market. Tesla might have barked the loudest when it unveiled the Cybertruck over two years ago, but Ford is showing us the tangible goods with the F-150 Lightning. Ford also announced pricing and specs that are astonishing for an EV -- or any pickup truck for that matter.

First of all, the F-150 Lightning doesn't look too different from the garden variety gasoline-powered version. There's a new grille up front, along with more advanced headlights and a full-length LED light bar. There's also a charging port in the driver's side front quarter panel. But if you've seen one F-150, you've seen them all. 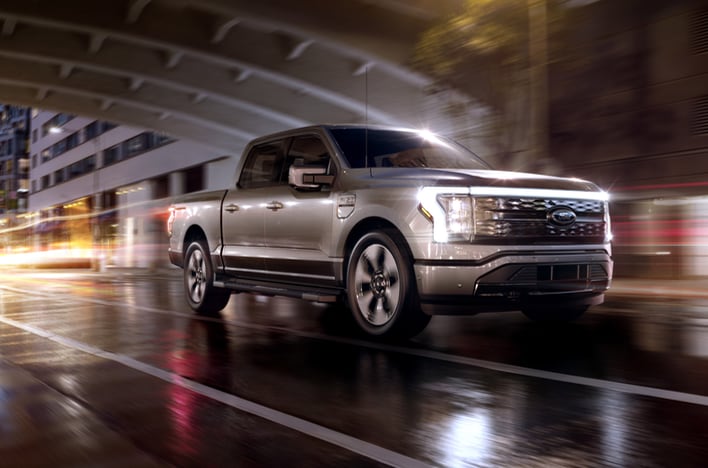 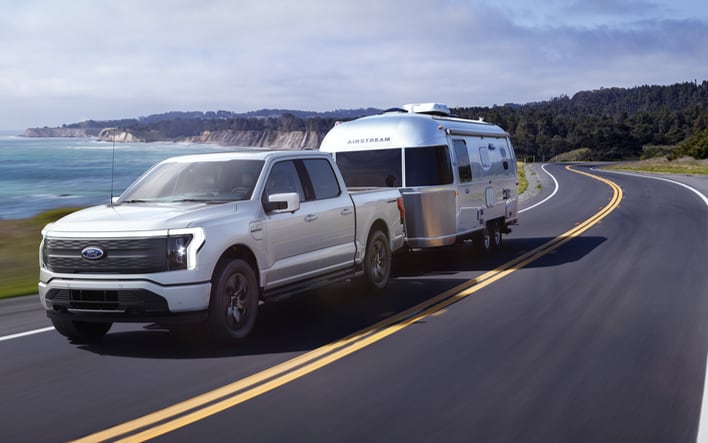 What's behind the grille is where things start getting interesting, however. Rather than finding a hulking 5.0-liter V6 or a turbocharged V6 engine, you'll find a front trunk (frunk). Since the electric motors sit low in the chassis, there's enough room for a 14.1 cu ft storage compartment large enough to two sets of golf clubs or a few carry-on bags and a suitcase. The frunk is also waterproof and has a drain plug for when it's time to hose it out. 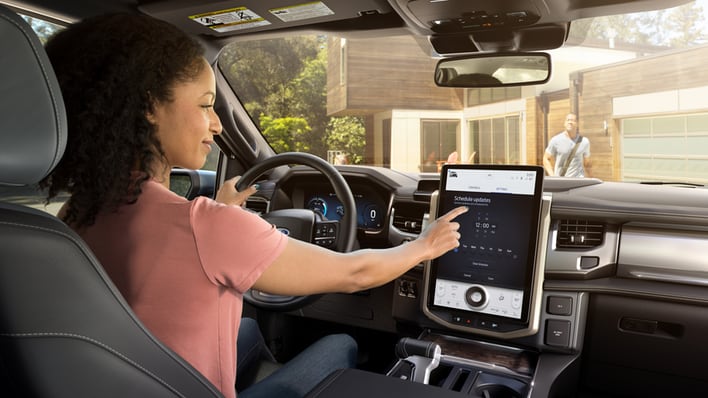 Another nice touch with the frunk is that the grille lifts with the hood, giving you a lower lift-over height for stowing gear inside. There are also outlets inside the frunk for powering your various gadgets or power tools. We can imagine this being a big hit with contractors. There are 11 power outlets scattered around the truck, including four in the frunk, with the rest located inside the cabin and in the bed.

Given its immense battery pack, the F-150 Lightning is capable of not only powering everyday items like tools or even big-screen televisions, but it can also power your home. Using Ford Intelligent Backup Power, the F-150 can provide 9.6 kilowatts of power to your home in the event of an outage. Here's how Ford describer the system:

With Ford Intelligent Backup Power, enabled by the available 80-amp Ford Charge Station Pro and home management system Ford can help install, F-150 Lightning automatically kicks in to power your house. Once power is restored, the truck automatically reverts to charging its battery. Based on an average 30kWh of use per day, F-150 Lightning with extended-range battery provides full-home power for up to three days, or as long as 10 days if power is rationed, with results varying based on energy usage.

Getting down to brass tacks, the F-150 Lightning will be the most powerful ever created by Ford with a total of 563 horsepower and 775 lb-ft of torque. It's faster than an F-150 Raptor with a 0-60 time of around 4.5 seconds with the extended range battery. Speaking of the battery, the standard range model is suitable for approximately 230 miles, while the extended range bumps that to 300+ miles. 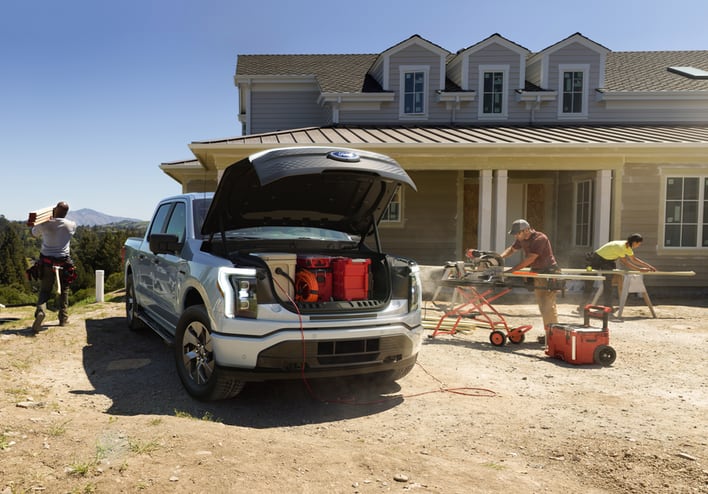 Ford says the F-150 Lightning has a maximum payload rating of 2,000 pounds and can tow a maximum of 10,000 pounds, which is par for the course in this class. And even more surprising for a full-size pickup, the F-150 has an independent rear suspension instead of a live axle. That should do wonders for ride quality for this big and heavy vehicle. 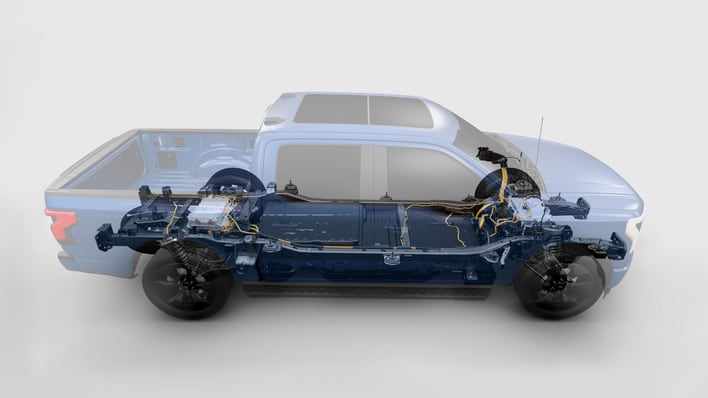 The F-150 Lightning has a starting price of $39,974 (fleet model), while the mid-level (volume seller) XLT trim will start at $52,974. These prices are before a $7,500 federal tax credit and any applicable state tax credits/rebates. Ford is promising that the truck will be available in the spring of 2022, roughly a year from now. The company is currently taking reservations with a $100 deposit.