Thanks To Folding@home Volunteers, Targets For A COVID-19 Cure May Have Been Identified 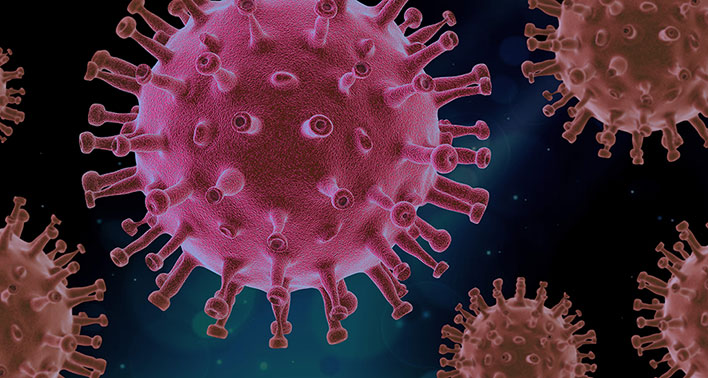 Finding a cure and developing a vaccine to neutralize COVID-19 is key to saving potentially millions of lives, and getting back to life as we once knew it. That is easier said than done, of course. There is some encouraging news on that front, however, as efforts by the Folding@home project has identified a possible target that could lead to a cure.
Folding@home is a distributed computing project that focuses on simulated protein folding, in hopes of better understanding diseases like Alzheimer's in hopes of ultimately developing effective treatments. Like other distributed computing projects, the power is the donated CPU and GPU resources offered up people who choose to download the client software.
Back in late March, Folding@home announced it had crossed the exaFLOP barrier, meaning the collective efforts of everyone running the client were crunching more than 1,000,000,000,000,000,000 operations per second. That made the project around 10 times faster than the IBM Summit supercomputer, which is a remarkable feat.
In a recently published paper, Folding@home talks about its findings related to COVID Moonshot, a crowdsourced initiative to speed up the development of antiviral measures for the novel Coronavirus. And specifically, an extensive spike opening related to the SARS-CoV-2 virus. Spike proteins, as they are called, consist of three proteins joined together. They infect cells by attaching to their receptors.
The dramatic opening we observe explains the observation that antibodies, and other therapeutics, can bind to regions of the RBD [receptor-binding domains] that are deeply buried and seemingly inaccessible in existing experimental snapshots," the paper states.

Researchers say they found "dramatic conformational changes" revealing over 50 "cryptic pockets" that could potentially be targets for the development of an antiviral, or vaccine. You can see an example of this in the image above. It shows a complex transitioning from a closed to an open state, with the cryptic pockets highlighted in pink.
This is potentially encouraging news. It also underscores the power of distributed computing. Folding@home says all data and models from this research is freely available online, providing a quantitative structural analysis for scientists and researchers.