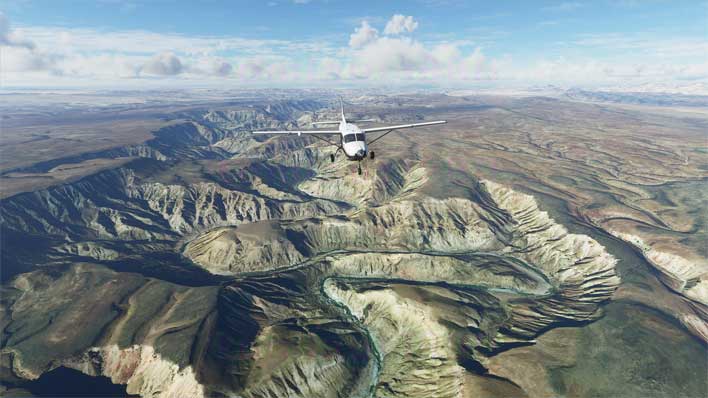 The Microsoft Flight Simulator 2020 team is back with a new update issued this week to let fans know where the game currently stands. The developers say the team is hard at work on key deliverables and its planning to release them soon. EPISODE 8 (Multiplayer) will be released on March 19 and also, on that date a DR roadmap preview for April/May will be released.

In early April, EPISODE 7 (IFR) will be released, and the developers intend to offer a partnership series update in the same early April timeframe. The upcoming Alpha build update is currently in release testing. Developers say that they expect to provide a release date and build notes in the next update to be issued on March 19. With new information coming on an Alpha build, fans of the game will be wondering when Alpha invitations will be going out.

An SDK update from developers notes the SDK is now used by over 50 companies and hundreds of programmers and artists. Devs say they spent time listening, discussing, and learning from third-party developers and are working closely with them to improve the tools available. In addition, a new aircraft editor is nearly finished with improvements to the workflow. Flight Simulator 2020 developers say third-party companies are sharing roadmaps with them and that dozens of planes and airports are in development with the team hoping that "quite a few of them" will be ready in time for the final launch of the simulation game. The last developer update on March 6 was delayed as the team made changes due to the coronavirus.