The developers behind Microsoft Flight Simulator 2020 have issued the latest development update for the highly anticipated video game. One of the biggest questions that the developers address right off the bat is if new alpha invites are going out with the latest version of the Alpha 1.2.5.0 launching this week. Unfortunately, the answer at this time is no.

The team says that with the alpha having launched on April 1, they are focused on addressing issues with the download and the install of the updated build. According to developers, that process will be complete in about a week, and at that point, it will assess current alpha participation. Developers also offered an update on postponed deliverables due to the coronavirus delay. In early April, the team is promising a feedback snapshot update. 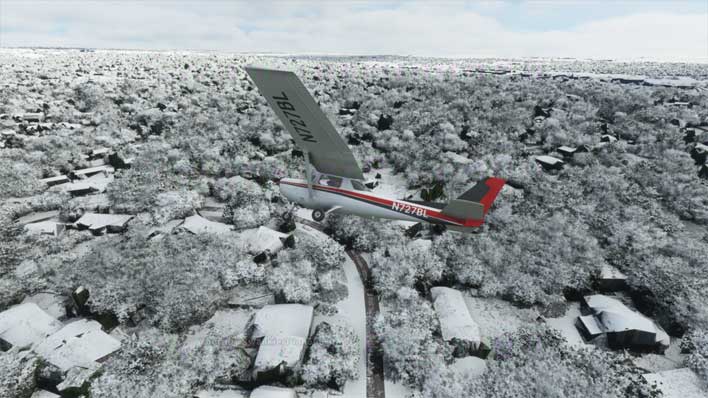 By mid-April, a partnership series update will be released. One of the most important items on the agenda is the Episode 8 IFR update, which is currently set for late April or early May. With the significant build update having launched this week, the developers currently focus on resolving issues with the release. They have asked participants in the alpha to check the weekly test requests post in the Alpha forums.

The game update that landed this week added some new content that participants in the alpha will appreciate. One of the big changes is the addition of the Cessna 152 along with some training missions. The update also added a groups function to multiplayer. Multiple tweaks were made to some of the aircraft in the game, including multiple bug fixes for glass cockpits. Flight models are also updated for the DA62 and TBM 930, while a bunch of fixes were applied to airports. One of the biggest recent announcements in Flight Simulator 2020 came late last month when devs mentioned real-time air traffic data would be used in the game.