Microsoft has issued the latest update for the highly anticipated Flight Simulator 2020. The update was issued on February 27th and sticks to some key changes that were made in the last update. Namely, Episode 7 and Episode 8 have been swapped. This was to allow the devs to bring multiplayer to testers more quickly.

Multiplayer has been highly requested, according to Microsoft. Episode 7 that was pushed back is the update that will bring IFR flights into the mix. The latest update doesn't have any key new features or changes for the game. Devs note that they are "putting the finishing touches" on Episode 8 that will outline multiplayer capabilities for the game. 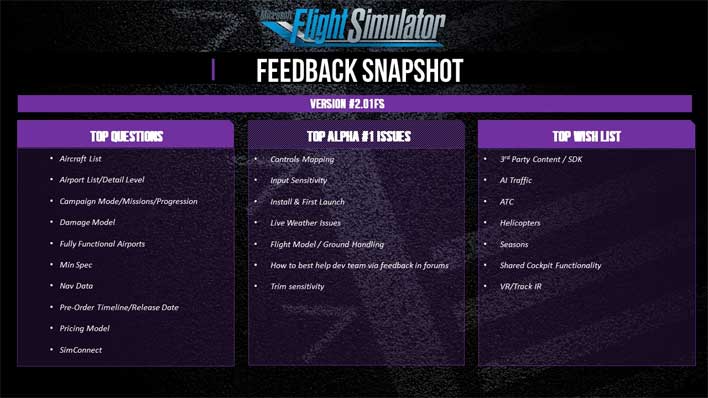 As for when Episode 8 will debut, the flight sim team still lists the release for March 12th with the Episode 7 release set for the end of March. The partnership series update is still delayed. This time Microsoft says the delay is due to "unforeseen delays impacting travel." It says that an update is expected soon, but they are running a bit behind schedule.