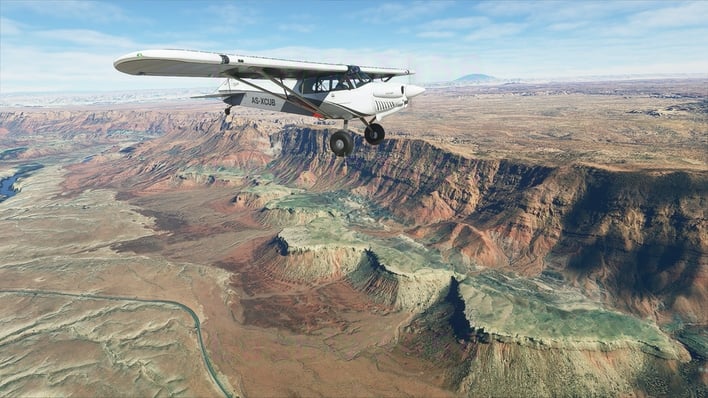 Legions of gamers are anxiously waiting for new details and the final launch of Microsoft's Flight Simulator 2020. The developers behind the game offered an update this week that points out a few changes that are in store for Insiders.

Game testers are now able to go to the Insider Area and check out the Episode 6 video that is now available featuring airports. The number of airports that Microsoft is wrapping into Flight Simulator 2020 is mind-boggling. The game will reportedly have around 37,000 airports, which is essentially every airport on the planet. However, the developers have said that they have chosen the 80 most heavily-frequented airports to which they will add extra realism by naming the taxiways and signs according to official IDs, and giving them more accurate surface definition.

Microsoft has also announced that it has made some changes to the episode timeline that will impact when some features are released. The developers note that increasing demand for multiplayer information has led it to swap release dates for Episode 7 (IFR) and Episode 8 (MP). Episode 8 that will bring the multiplayer function will be released on March 12. With Episode 8 moving up, Episode 7 is now set to be released at the end of March.

The developers also decided to move the Partnership Series update back a week to allow developers to focus on the Episode 6 update for Airports. The next update from the developers will be February 27. The February 27 update is expected to bring the feedback snapshot for general items and a media update. Last time we talked about Microsoft Flight Simulator 2020 was in January when alpha invites began to go out. Those alpha invites were all sent by January 31.