For those not in the know, NVIDIA's DLSS 2.0 uses artificial intelligence and machine learning to up-sample a lower resolution, giving gamers a boost in performance while offering image quality that's comparable to gaming at a higher [native] resolution. The performance uplift offered by DLSS 2.0 is made possible by the specialized Tensor cores found in GeForce RTX hardware in conjunction with the AI/ML algorithms and hooks incorporated into the game.

For example, when using a 4K Balanced setting with DLSS 2.0, the resulting image quality should look similar to native 4K resolution, while actually rendering a resolution closer to 1440p. Running with the 4K Performance setting would render the game at 1080p before performing its magic. In addition to the intelligent upscaling, NVIDIA applies anti-aliasing and automatic sharpening to clean up the images and reduce artifacts. 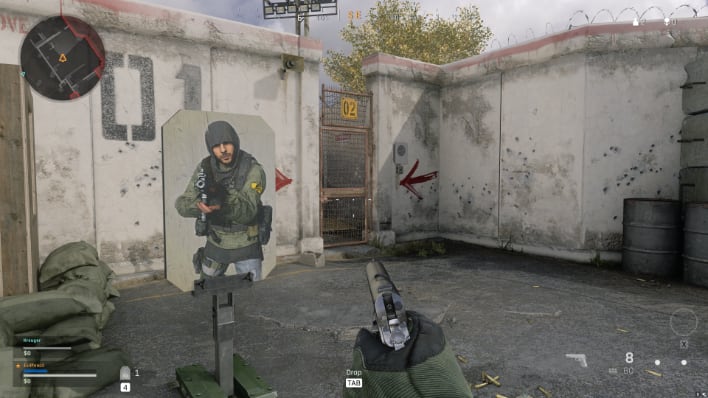 In the case of Call of Duty: Warzone, NVIDIA claims that using a test rig featuring an Intel Core i9-10900K with a GeForce RTX 3070, you can hit 116+ fps with 4K Performance versus 74 fps natively running at 4K. 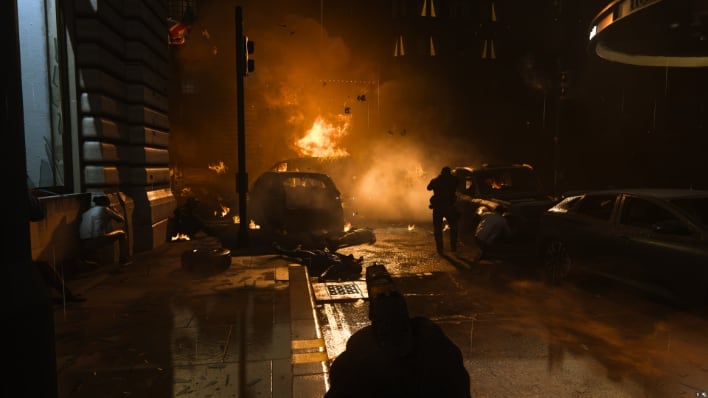 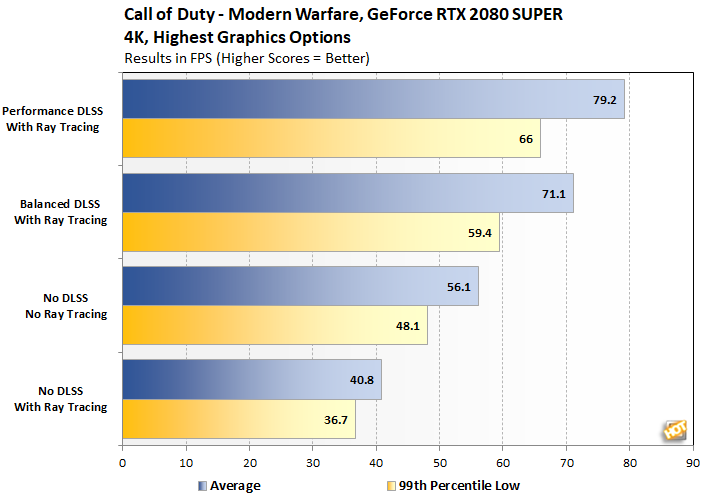 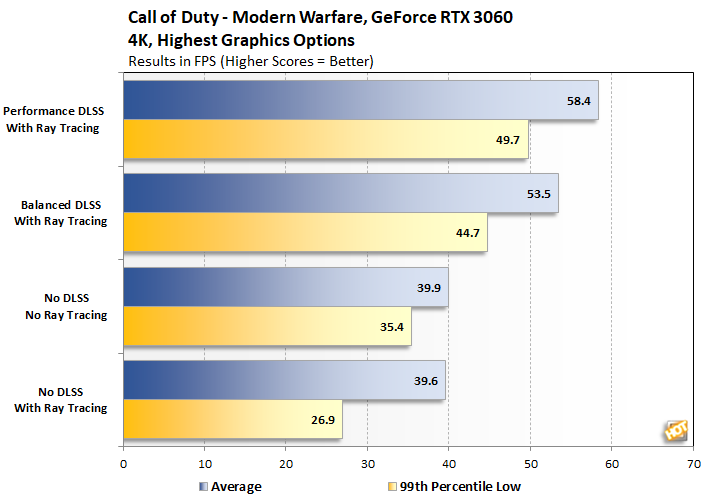 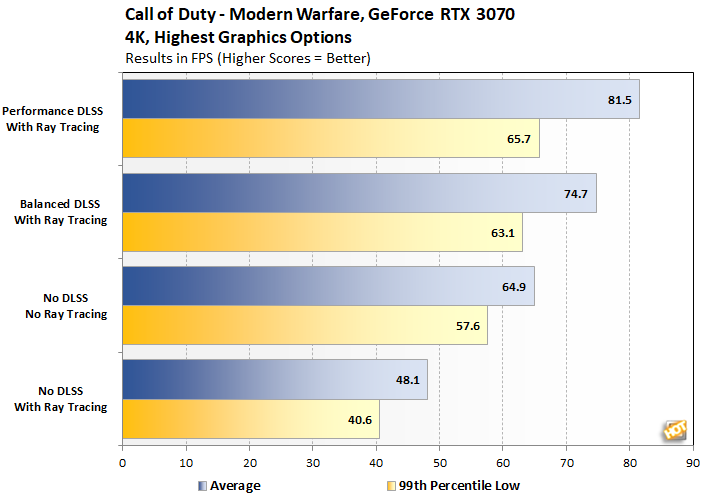 As for the current generation of Ampere-based cards, you can see similar leaps in performance. The GeForce RTX 3060 got a 46 percent performance boost going from 39.9 fps with native 4K and ray ray tracing involved to nearly 59 fps with 4K Performance mode enabled. Likewise, we were able to match NVIDIA's claimed 70 percent uplift using 4K Performance DLSS 2.0 in Call of Duty: Modern Warfare with the GeForce RTX 3070.

We have posted images above so you can see the difference between running the game natively at 4K and with 4K Performance DLSS 2.0. We had a hard time telling the difference between them without inspecting them at the pixel level. For most people, however, the image quality improvements and performance associated with enabling DLSS 2.0 versus running the game natively at 4K are well worth it.