The countdown to Destiny 2: The Witch Queen is almost over! The upcoming expansion will bring many changes to the game, but one of the more controversial updates are the new power level caps. All Destiny 2 players will now begin at a 1350 power level, regardless of whether they are a new, veteran, or returning player. Some players consider this to be a pleasant change, but others are frustrated by the new power level caps.

Destiny 2 power leveling can be rather confusing, but here is a basic guide on how it works. A Guardian’s Power Level is the average of the Power Level of all their gear. One increases their Power Level by finding higher-level gear. The “floor” is the lowest possible level at which a Guardian can be and is where all players start. The previous floor was 1100 for players who were new to the game. However, the new “floor” will be 1350 for all players, starting tomorrow.

This also means that there are new “soft caps,” “power caps,” and “hard caps.” One reaches the soft cap through activity completions, chests, etc. Most gear prior to arriving at the “soft cap” will help a player level up. A player must get “powerful drops” if they want to reach the “power cap” and must then rely on pinnacle drops to attain the “hard cap.” For more on what these definitions mean, check out our guide on how to level-up in Destiny 2. 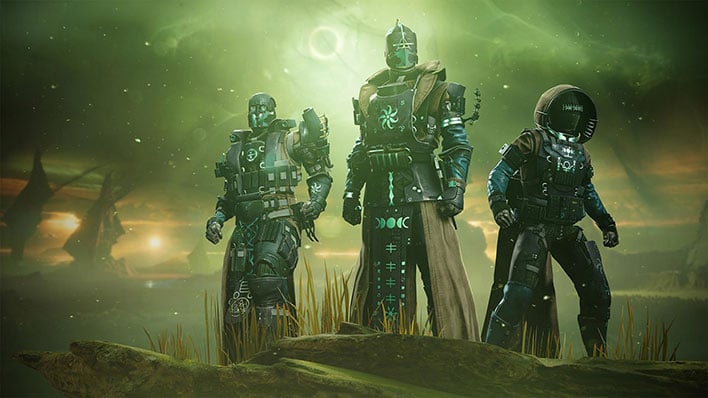 The current “soft cap” is 1270, the “powerful” cap in the game is 1320, and the “pinnacle” cap is 1330 as of the Season of the Lost. One can go beyond 1330 with the use of the seasonal artifact. However, here are the new “caps” as of the Witch Queen expansion and Season of the Risen.
It appears for the most part that powerful and pinnacle drop sources will remain somewhat similar to what they have been to the past. However, Bungie has stated that there will be some changes over the next year. It noted in a This Week At Bungie (TWAB) post that “there will be some adjustments to Pinnacle and Powerful sources, as these shift yearly to focus on newer Seasonal content and fresh Destiny 2 expansion content offered with The Witch Queen.”

There is another interesting note about the upcoming expansion and the season. Blue or “rare” rewards will stop dropping from playlist activities like Strikes (now known as Vanguard Operations), Crucible, and Gambit once a player has reached the new soft cap of 1500. They will instead see an increased drop rate of Legendary rewards or Legendary Shards. Those above the soft cap will still be able to receive blue rewards from defeating enemies and opening chests but it is hoped that the decreased drop rates “will reduce the need for players to manage their inventories and reduce the frequency of visits to the Postmaster.” This is good news for all players. Blue rewards can be very helpful while trying to get to the soft cap, but become an annoyance once that goal has been reached. 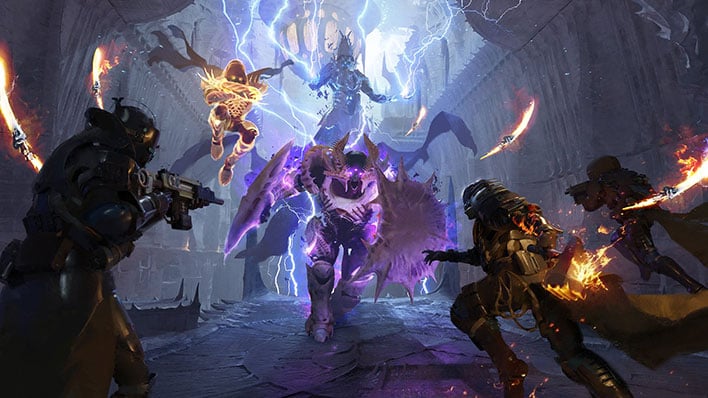 There is also a fairly efficient way to get higher level gear. Any player who completes all the missions in the Witch Queen campaign on the new “Legendary” difficulty will receive a set of gear at 1520 Power Level. However, this opportunity is really for more experienced players. Bungie warns that the Legendary campaign is “ designed to be harder than a Legend Nightfall, though it is easier than a solo dungeon or running a Grandmaster Nightfall.”

Why is Bungie implementing these new caps? Its hope is that all players will be at an appropriate power level once Witch Queen launches, even if they are a newer player or have recently taken a break from the game. The new caps are somewhat controversial among players. Some veteran players who have already grinded to the current hard cap feel that their efforts are undermined by the change. Others argue that this will be a great way to get more people to play the game and make it more approachable to newer or less experienced players. Players of all skill levels are a bit frustrated that there will be a whole new lengthy power level grind.

Destiny 2:The Witch Queen will be available on Tuesday, February 22nd at 12pm EST.