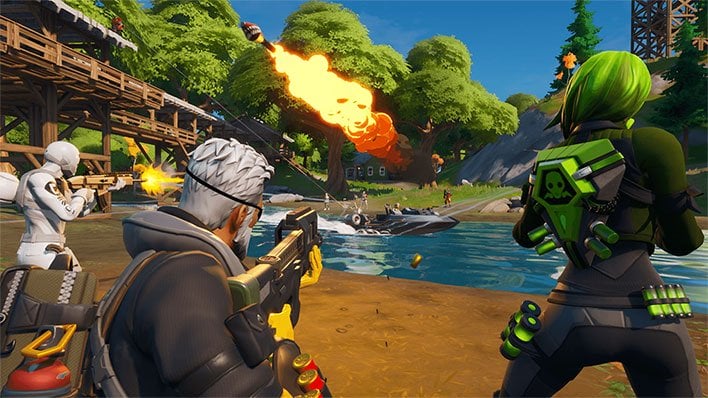 It appears that everyone wants a piece of Epic Games. Whether its competing developers that want a piece of the battle royale market that Fortnite dominates, or companies that want to invest into the gaming behemoth that Epic Games has become over the past two decades.

Sony is looking to slot into the latter category with a $250 million minority investment into Epic Games. In a joint press release, the two companies said that the investment "reinforces the shared mission to advance the state of the art in technology, entertainment, and socially-connected online services."

The investment shouldn't be too surprising, given that Epic Games chose Sony -- rather than Microsoft -- to showcase its next-generation Unreal Engine 5 back in May. The Unreal Engine 5: Lumen and Nanite tech demo wowed everyone with its incredibly lifelike animations, intricate levels of detail, and vast landscapes/viewing distances. The demo was running in real-time on the next-generation PlayStation 5 game console, which is powered by an AMD Zen 2 CPU and RDNA 2 GPU.

“Epic’s powerful technology in areas such as graphics places them at the forefront of game engine development with Unreal Engine and other innovations," said Sony Chairman and CEO Kenichiro Yoshida. "There’s no better example of this than the revolutionary entertainment experience, Fortnite."

“Sony and Epic have both built businesses at the intersection of creativity and technology, and we share a vision of real-time 3D social experiences leading to a convergence of gaming, film, and music," added Epic Games founder and CEO Tim Sweeney. "Together we strive to build an even more open and accessible digital ecosystem for all consumers and content creators alike."

According to reports, Sony's investment translates into a 1.4 percent share, which would value Epic Games at just shy of $17.9 billion.