Epic Games is a massive company, but we already knew that between their battle against Apple and the ability to throw money to the wind with the Epic Games Store and free games. The behemoth gaming company is still chugging forward, though, with a new $1 billion round of funding and an equity valuation of $28.7 billion.

This new round of funding, which was announced on Epic's website today, includes Sony Group Corporation, which invested $200 million. Besides Sony, there were also investments from "Appaloosa, Baillie Gifford, Fidelity Management & Research Company LLC, GIC, funds and accounts advised by T. Rowe Price Associates, Ontario Teachers' Pension Plan Board, funds and accounts managed by BlackRock, Park West, KKR, AllianceBernstein, Altimeter, Franklin Templeton and Luxor Capital." With this investment, Epic maintains that there is only a single class of common stock, and CEO Tim Sweeney remains as the controlling shareholder. 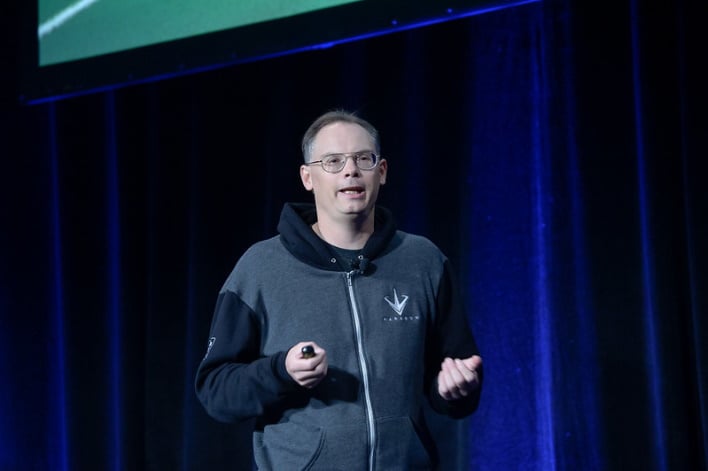 Sweeney then explains that this $1 billion investment will "help accelerate our work around building connected social experiences in Fortnite, Rocket League and Fall Guys, while empowering game developers and creators with Unreal Engine, Epic Online Services and the Epic Games Store." This work is all a part of Epic Games' plan for the Metaverse, which will bring revolutionary experiences across Epic Games' IPs.


Perhaps with this investment, we will hear more about Epic Games' long-term plans as far as the Metaverse goes. Moreover, this will allow the company to balance its endeavors, such as the fight against Apple, which is likely pulling quite a few resources from other projects. No matter what happens, this is a rather large sum of money, and it will be interesting to see what Epic Games turns it into. Thus stay tuned to HotHardware for updates, and let us know your speculation in the comments below.
(Tim Sweeney Image Courtesy of GDC Flickr)