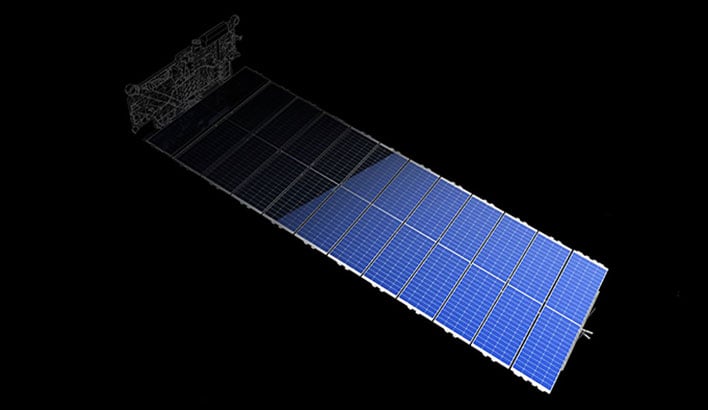 For people that live in rural America with limited or non-existent access to high-speed internet connectivity, the prospect of SpaceX's Starlink internet service has been an absolute blessing. As we reported over the weekend, early tests showed that users were seeing speeds of 134Mbps down and 15Mbps up. While those speeds aren't impressive to anyone that's on cable or fiber, for those that have been stuck with DSL, geostationary satellite service, or no service at all, it's absolutely mouthwatering.

Today, we have even more good news, as SpaceX (and Tesla) CEO Elon Musk confirmed that Starlink will be sending "thousands" more beta participation invitations this week to lucky Americans. Musk, who is very active on Twitter, also fielded a number of questions about the service from eager beta participants, and revealed that Starlink is currently seeking approval in Europe, but has to do so on a country-by-country basis. But we should see the first beta tests there during the first quarter of 2021.

As soon as we get country approval. This is required for each country individually, as no EU-wide approval system exists. Probably start receiving final (there are many steps) approvals around Feb/March.

Likewise, beta tests in India could be open up in mid-2021 pending regulatory approval. One person even asked about getting the service in Florida, to which Musk replied that states in the lower latitudes will need more satellites to ensure consistent coverage. Based on SpaceX's launch schedules for satellites and the time necessary for positioning them into their final orbit, were looking at around a January time frame. However, as with any timelines given by Musk -- be it either SpaceX or Tesla -- we'll have to allow for a bit of wiggle room.

Starlink unboxing video ... Speed offerings up to 100Mbps and a latency of ~20ms, and all that for $99 monthly subscription is a pretty great deal.

If you're living in the middle of nowhere — $3.3 Internet/day is a sweet deal 🤯 pic.twitter.com/JqL6XKVuZ1

For those that are interested in trying out Starlink, here are a few resources to help you out [courtesy of reddit]:

Once you're invited to the Starlink beta, you'll have to pay $499 for the ground hardware necessary for accessing the satellite constellation and you'll be charged $99/month for service. As of today, SpaceX has in excess of 900 satellites currently in orbit, but to get global coverage for Starlink, there will be as many as 12,000 satellites dotting the night sky.