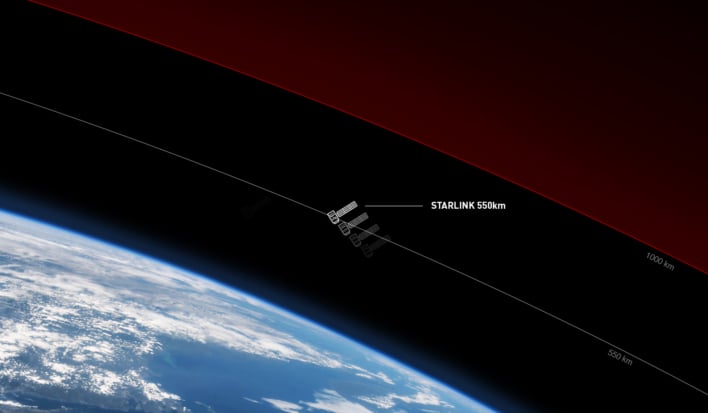 SpaceX’s StarLink Internet Beta Program began to go out to customers around October 28th, and people are starting to show off its current capabilities. Some reddit users on the Starlink subreddit have displayed pictures of their StarLink terminal and some SpeedTest information for the masses. The data being reported wholly lives up to Elon Musk’s promises and all the hype surrounding the program, and improvements are still to come.

It appears that SpaceX has sent out beta invites over the entire week to test the StarLink program. Reddit user /u/FourthEchelon19 posted a picture of his Starlink terminal from out in Washington state. They reported typical speeds of around 134Mbps download and 15Mbps upload, but it could vary. They also posted a link to one of their SpeedTests, and it showed a download of 97Mbps and 19Mbps upload.

Across the board, ping was approximately 40ms, but FourthEchelon19 explained that it was not a huge deal. They were able to stream videos from YouTube at 1440p and 4K with no buffering. They also played Call of Duty Modern Warfare with latency around 40 to 70ms, claiming it was “Very solid and consistent enough to play easily.” The only issue FourthEchelon19 encountered was brief latency-inducing interruptions, which they speculated were satellite handoffs, but those would decrease as more satellites are launched.

On Twitter, Elon Musk caught wind of the reddit post and tweeted out that latency and bandwidth would be improving soon, so the numbers seen will get better. FourthEchelon19’s speculation of more satellites, as well as constant backend improvements seen in beta programs, would improve both latency and bandwidth overall.

If these internet speeds at $99/mo are better than your current internet and fit your budget, you can fill out your information on the Starlink site and hope to get into the beta. A requirement for acceptance into the beta it seems, is that you must live within latitudes 45.3°N to 48.4°N. If you reside in that area, see if you can get into the beta. Also, let us know in the comments what you think of Starlink and how it will compete with other ISPs in the near future.