EA and FIFA have collaborated on video games together for over twenty years. However, this relationship may soon be at an end. Electronic Arts CEO Andrew Wilson recently remarked that the FIFA license has been an “impediment” to the growth of the franchise.

Wilson argued that the relationship between FIFA and EA has been “great,” but that FIFA has ultimately benefited more from the arrangement than EA. He contended that most people tend to associate FIFA more with the video games than they did the actual soccer organization. He further stated, “Basically, what we get from FIFA in a non-World Cup year is the four letters on the front of the box, in a world where most people don’t even see the box anymore because they buy the game digitally.”

EA and FIFA have reportedly been discussing the terms of a new contract over the past two years, but negotiations have come to a head the past few months. The current contract will end after the World Cup takes place in Qatar later this year if it is not renewed. FIFA is demanding "more than $1 billion for each four-year World Cup cycle,” which is currently more than double than what it receives from EA Sports. 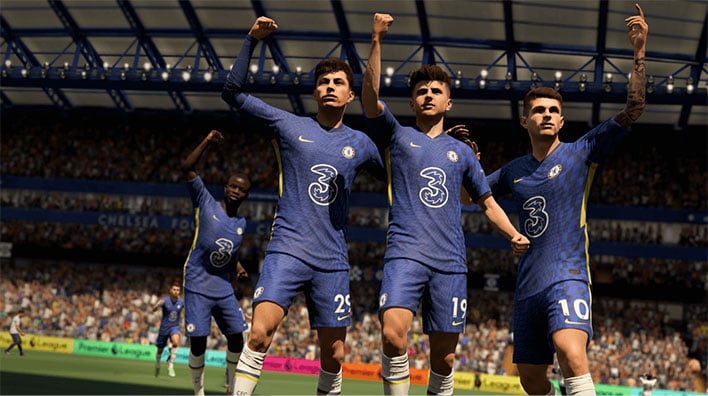 There have also been debates about the nature of the license. EA currently only has use of the FIFA name, FIFA logo, and rights to the World Cup. FIFA wants to keep EA on this short leash, but EA wants to create a greater variety of products. Wilson remarked, “Our players tell us they want more modes of play, different things beyond 11v11 and different types of gameplay… it [has] been a fight to get FIFA to acknowledge the types of things that we want to create, because they say our license only covers certain categories.” He noted that the current license does not allow EA to be as innovative as they would like to be or produce products as quickly as they would ideally like to.

EA ultimately does not think and end to the agreement would be detrimental to its products or branding. The publisher stated it has three hundred other licenses that allow it to create products that are more appealing to players. These include the Union of European Football Associations (UEFA), Fédération Internationale des Associations de Footballeurs Professionnels (FIFPRO), and other domestic and local organizations. Wilson argued that if the relationship ended, EA would “probably generate more revenue, and have more fans, and have more engagement over time.”

FIFA also claims it will bounce back if negotiations fail. It argued this past fall that it was working with various industry leaders to develop new products and that video game companies were actively competing to work with the organization. FIFA further insisted that “[soccer]-based gaming and the FIFA name are intrinsically intertwined.”

Images of FIFA 22 courtesy of EA/FIFA