The upcoming first-person view (FPV) drone from DJI is not necessarily a secret after it leaked back in December, but DJI has been incredibly quiet since then. It seems the Shenzhen-based company has been plugging away at getting the drone ready, as another leaker, SpiderMonkey FPV on YouTube, got his hands on a display demo and unboxed it for the world to see. Interestingly, this could be the only glimpse of the drone that the U.S. gets to see before its launch.

After the initial leak of the first-ever FPV drone from DJI, the United State Department of Commerce put DJI on a U.S. trade blacklist called the “Entity List.” The Dept. of Commerce claimed that DJI was engaged in “high-technology surveillance” through its products. This is likely why we have not heard much about the drone until now with SpiderMonkey’s leak.

In the video linked above, we get to see SpiderMonkey take the plastic wrap off the fairly massive drone-combo box. Inside, we see the drone that does not look too different from the leaked images late last year. On closer inspection, we get to see that there are two front-facing sensors and four bottom-facing sensors at the front, as well as a nice-looking gimbaled camera on the front. Around the back of the drone is a large battery, which we can speculate to be a beefy 6S LiPo, but hopefully we will find out more soon. 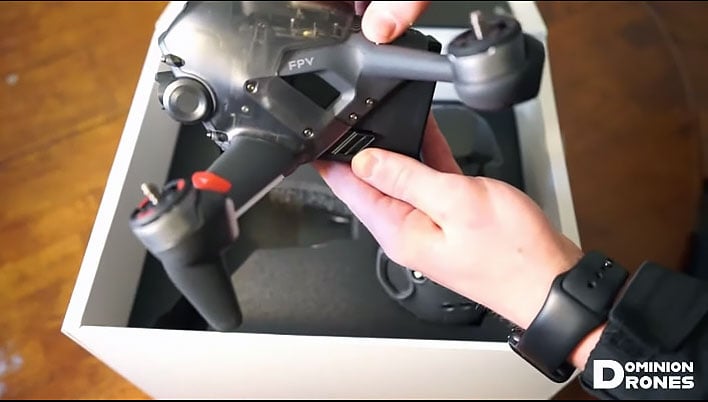 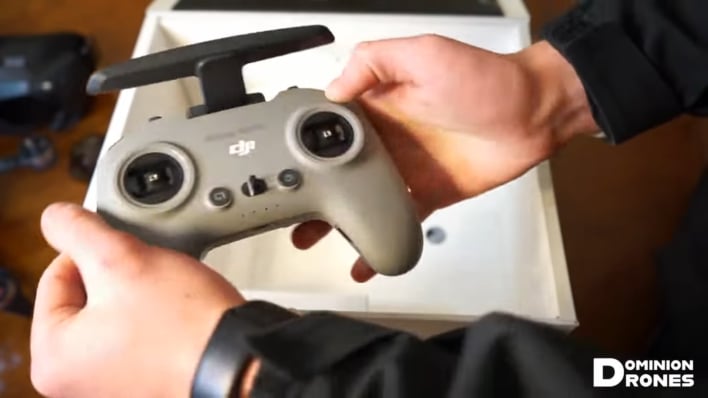 Besides the drone, we also see the DJI FPV goggles and a not-so-standard looking controller. The controller has the body-style of an Xbox controller, which SpiderMonkey says felt ergonomic. Besides the new style, embedded in the grips are thumb-sticks that you pull out and screw into the thumb-stick slots. We also get to see a “T” shaped antenna rather than the traditional dual-antenna setup seen on other DJI controllers. 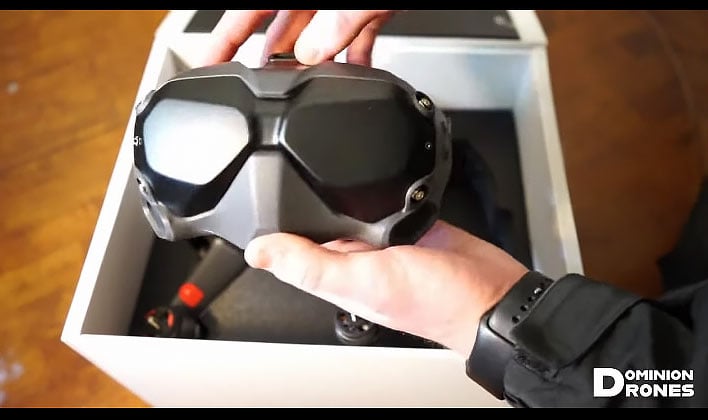 Overall, this drone combo from DJI looks pretty slick and SpiderMonkey FPV has also promised a flight demo video soon, so keep an eye on his channel and HotHardware for any updates in the coming days.