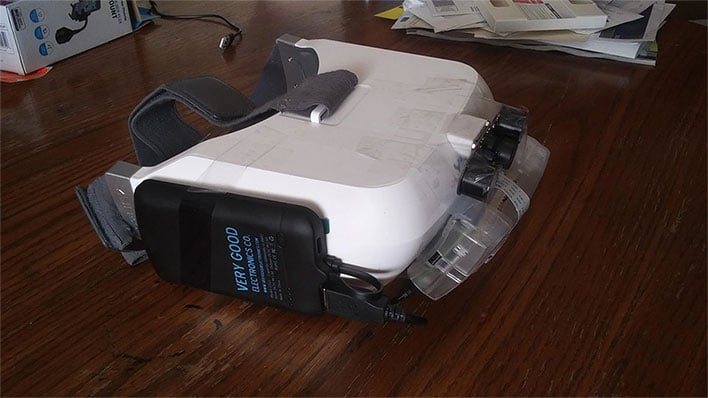 Are you going stir crazy yet? Depending on what field you are in, you might find yourself on a leave of absence. Even if not, many parts of the country are on quarantine as social distancing takes hold due to the coronavirus. What's a person to do when suddenly stuck at home? Well, one option is to build your own virtual reality headset, as an industrious user on Reddit did.
Reddit user Dungeon_Master_Dan (just "Dan" from here on out) posted a neat work log of how he built a set of "Pi Goggles" using an Raspberry Pi 2 Model B, Yuneec Skyview FPV headset, 4,000 mAh battery pack, Raspberry Pi IR camera module, Logitech Wireless Keyboard, SD card loaded with Raspbian, a short USB male to micro-USB male cable, and "tons of Scotch tape!" 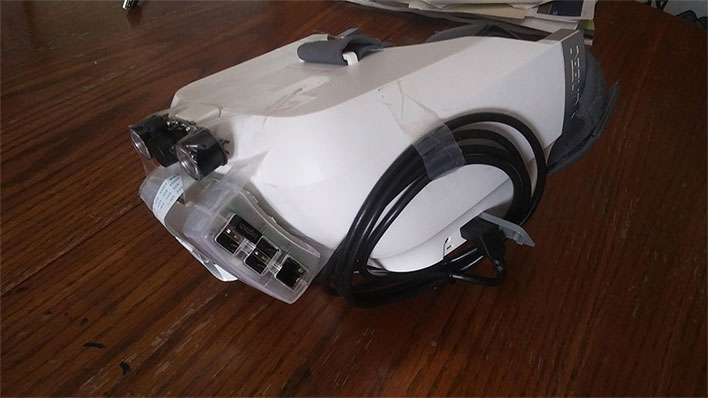 "The entire build is attached to the headset meaning that I don't have any messy wires constantly getting in my way, but it can get kinda heavy after a couple hours," Dan points out.
The Yuneec Skyview FPV headset sports a 5-inch screen that is intended to beam images from drones, giving users a sky-high view of the world. Dan connected it to the Raspberry Pi Model B by way of the HDMI input.
"Since the HMD uses an HDMI input, it works with any device with an HDMI output including computers, Xbox consoles, etc. My next build is going to be a CyberDeck for use with the headset...," Dan added. 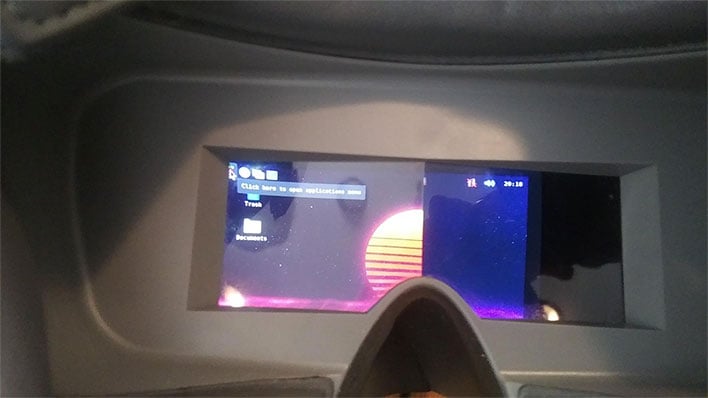 It's a clever project, and one that Dan says has three uses. It can serve as a virtual, mobile desktop for basic computing functions; it can be used for augmented reality applications using the IR night vision camera; and it can function as a self-contained arcade emulator using Retropie.
More details are found in his work log, in case you want to try this for yourself. Just one word of advice—Dan says users would be better served by option for a Raspberry Pi 3Model B or Raspberry Pi 4.