Windows 11 is finally out in the wild, and though there are some early caveats, it appears to be a nice update to the Windows ecosystem. However, now that Microsoft has made it publicly available, it also means people get to tinker with it to the extreme. Some developers have done just that as well, with reports of Windows 11 now running on Android phones with just a little software help.


Xilin Wu is a developer behind the GitHub project “Renegade,” where “people try to port edk2 to different phones.” EDK2 is an open-source UEFI implementation that would allow ARM-based operating systems to be loaded on phones once ported. In this case, the goal was to get Windows 11 working on Qualcomm's Snapdragon 845, the platform within the OnePlus 6T, Xiaomi Mi 8, and Galaxy S9 Plus.


So far, Windows 11 has been successfully demonstrated running on the OnePlus 6T using the edk2-sm8150 port. You can see what the install and boot process would look like in the video above, which is pretty sweet. Interestingly, it is reported that the CPU, touchscreen, USB, Bluetooth, and GPU either fully or at least partially work. However, WiFi, audio, sensors, and “pretty much everything else” was not working. 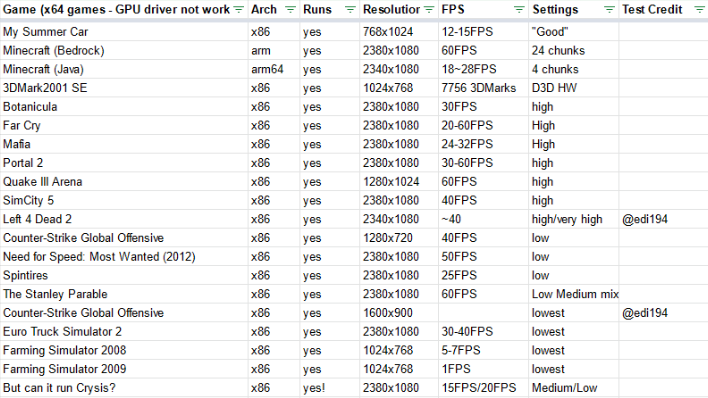 Despite these limitations, the team also managed to test some games out, which is even wilder. For example, Portal 2 got anywhere from 30 to 60 FPS on high settings while Crysis got around 15 to 20FPS. Of course, not every game worked, but this is an impressive feat no matter what.

Some might say the future of mobile computing lies in smartphones rather than laptops, as there is quite a bit of horsepower in these tiny devices. Moreover, these tests were not run on the latest Snapdragon platform, so more performance could be gained from running the fledgling OS on a Snapdragon 888-powered device. Then again, this is likely not what Microsoft intended for Windows 11 and we may never see it come to a handset device with any sort of proper support.  Either way, it's kind of cool to see it in action, no?